The central bank of the Russian Federation allowed banks have the authority to close the accounts that are deemed to be related to cryptocurrency and activities.. 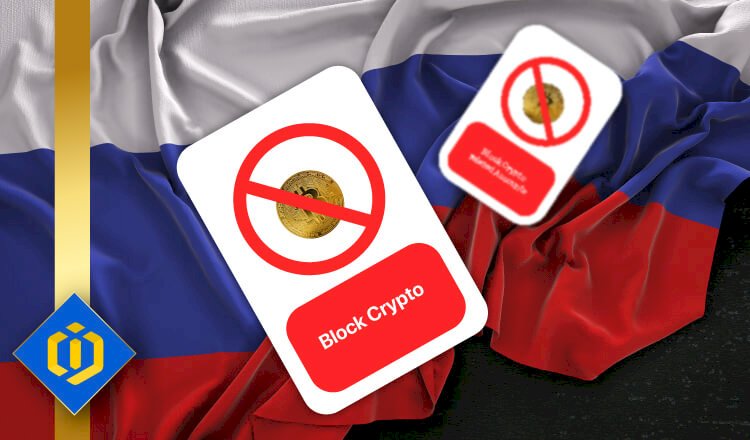 In an announcement that has recently been published by the central bank of the Russian Federation, from now on, banks have the authority to close the accounts that are deemed to be related to cryptocurrency and activities revolving around digital currencies.

As a result of this announcement, some regulations were set by the central bank of this country stating that if and when recognize that the owner of an account is in anyway using the account for cryptocurrency transactions, the said bank or financial institute has the power to block the account or close it down altogether.

As the statement suggest, the crypto-related money transfers that take place using bank accounts are usually done only once and also generally in one large volume.

The central bank of Russia has thus defined cryptocurrency related bank transfers as “high volume non-recurring transfers.” What they believe to be true is that such transactions are suspicious in nature and thus can raise some questions.

Since the nature of these money transfers are deemed to be suspicious, given that they usually only take place once and in a very large amount, the fear is that such transfers might be used to fund terrorism related activities or even launder dirty money.

Russia has set these laws and regulations with regard to cryptocurrencies and Blockchain were set in place since late 2020. The draft of these regulatory measures was written only a little prior to the Judicial branch of the government had confirmed the laws.

Additionally, this is not the first time a rather regressive body of laws have been proposed for cryptocurrencies and Blockchain-related matters. Before these regulations were put in place, the Russian government had officially announced that using cryptocurrencies in payments were banned.

In conclusion, using bank accounts to make money transfers that are in any way related to cryptocurrencies is now illegal in the country of Russia.

The VeChain Using Blockchain to Save Coronavirus Records

MasterCard Will Support Cryptocurrencies in 2021

E-commerce Giant eBay Does Not Let Payments with Cryptocurrencies