In fact, this new hard fork is a continuation of the Bitcoin chain. It splits from where Bitcoin network is right now and it will include all the recorded... 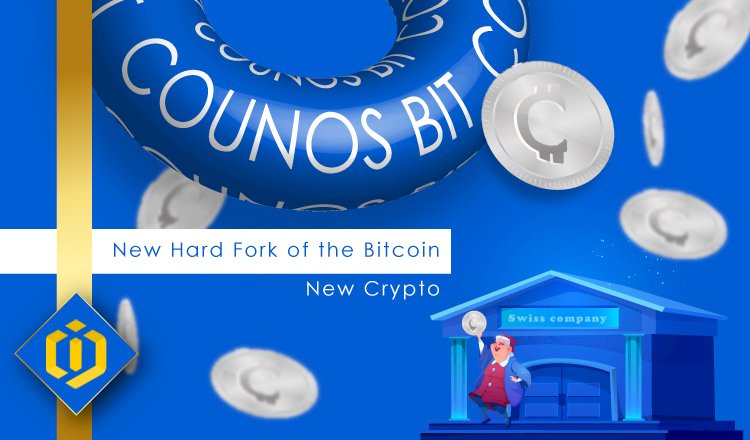 Counos Bit is a new cryptocurrency offered by the Swiss Blockchain company, Counos Platform. This coin is a hard fork from the Blockchain network of Bitcoin.

In fact, this new hard fork is a continuation of the Bitcoin chain. It splits from where Bitcoin network is right now and it will include all the recorded information and transactions on the Blockchain of Bitcoin.

Counos Bit (Cbits) implements SHA-256 algorithm and as it was mentioned, its Blockchain network is a hard fork from V 0.20 of Bitcoin Blockchain.

As stated above, the fact that this new chain is the continuation of Bitcoin’s Blockchain means that all the people who have Bitcoin at this moment, will have the exact equal number of coins (Counos Bit coins).

Furthermore, all the people who are currently using Bitcoin Blockchain network will also be on Counos Bit network. Also, this entails that all the Bitcoin community will be brought to the new chain of Counos Bit.

Another important feature of Counos Bit is that its Blockchain network as a public Blockchain and also its block explorer can be used to offer so many other tools and services.

For example, the Counos Layer protocol that is implemented on top of the chain will allow for the creation of various tokens. But as mentioned earlier, issuing tokens and digital assets is only one part of what can be done using Cbits Blockchain.

Now, keep in mind that this chain is a continuation of Bitcoin Blockchain network. This means the exact number of coins that have been mined in the Bitcoin network so far will also exist in the Blockchain of Counos Bit.

Therefore, given that about 18,600,000 Bitcoins have been mined so far and the exact number of coins will exist in the new hard fork of Counos Bit, then it means that about 0.88 percent of all coins in Counos Bit network have been already mined.

What this means is that we can say pretty much nothing has been mined yet and a vastly huge mining opportunity exists in the Blockchain network of Counos Bit.

Another unique feature of Counos Bit is that block generation time is set to be 30 seconds. This means that transactions will take place at a much higher speed and at the same time with a very much high volume.

Compare this 30-second block generation time to that of Bitcoin, which is about 10 minutes. This means that Block generation speed of Counos Bit is 20 times faster than Bitcoin.

The mining process of Counos Bit will take place in a totally different manner than any other cryptocurrency and Blockchain network available right now.

Essentially, all ordinary computers will be able to mine this coin. The reason is that a very low hash power is required.

This way the power of mining will be truly decentralized and there is no possibility for large mining farms to take over the mining process. The reason is that a hash power limit has been set. As such, mining farms with high hash power cannot connect to the mining pool and take over and create a monopoly.

When the required hash power is low and anyone with any type of home computer can mine Counos Bit, then the hegemony of mining will be taken out of the hands of those with power and money.

For instance, right now, with Bitcoin, all the rich and powerful people have basically all the mining shares in the world.

As such, in order to create a truly decentralized mining process where absolutely anyone can take part in the mining process, a maximum required hash power will be considered, which will not be exceeded under any circumstances.

Anybody can mine Counos Bit with their own IP address and their own personal computer.

Also, with regard to mining reward, at the beginning the reward will be 250 coins per block. Additionally, 20 percent of the reward for each new block will go to the development team. Keep in mind that the block reward maturity is set to be 100 blocks, like that of Bitcoin.

Given all these specifications and criteria put in place for mining Counos Bit, people can experience a free and powerful mining process. There are many people who wish they had mined Bitcoin when it first came out. Now they can have that chance.

Anybody can mine Cbits with low cost and a simple computer. In this way, the power is in the hands of the people and they are the ones who establish and build the network and ecosystem of Counos Bit.

Counos Bit is a public Blockchain for all the people.

This messaging system will take place in both a private and public manner. People will be able to send messages as long as a normal text message.

Public messages are not encrypted. In order to send a public message, the message or the transaction amount would be set at 0 and then sent to the wallet address of the chosen recipient. This way the message, as previously mentioned, is not encrypted and available to public access.

This decentralized messaging system can also be used for other purposes, such as confirmation issuing systems, such as a government organization. For instance, the healthcare department can announce its official wallet and then record all the necessary information, like vaccination records, as a public message or in the form of an encrypted one.

Counos Bit and its Blockchain network will be released in about three months from now. However, people can now register in the mining pool.

We will announce the launch of the hard fork a few days early. So, to find out about when exactly Counos Bit will be up and running, follow Counos Platform on Twitter and other social media networks.

When the announcement is made everyone can start mining. Additionally, more details with regard to the mining process will be published at the time.

Germany Will Use Blockchain Technology for Covid-19 Vaccination Records