“Malaysia’s Department of Treasury has been able to see the digital assets and its infrastructure technology, namely Blockchain technology, and has understood that these two fields have a great... 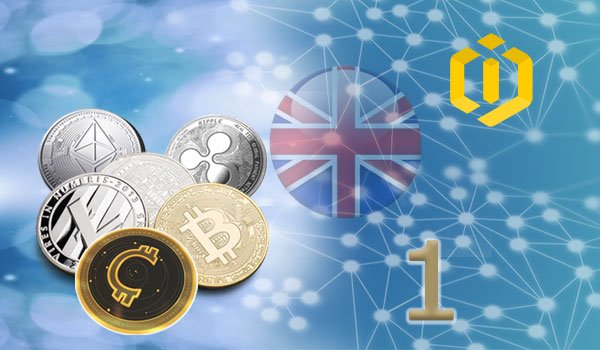 On January 23, Financial Services Authority (FCA) published a 50-page article titled “Instructions for Cryptocurrency Assets,” for the legislators of the country.

According to articles published by FCA, it can be said that the government of England is implementing a method to attain a relatively neutral approach toward cryptocurrencies. On January 23, 2019, the Financial Services Authority released an advisory article titled “A Guide to Cryptocurrency Assets.” It has 50 pages, has been produced by FCA in order to increase scrutiny in cryptocurrency activities for those who work in this field.
There are some very important concepts in these documents for companies that issue or produce cryptocurrency assets, financial advisors, cryptocurrency exchanges, and also consumers. FCA agency accepts feedbacks and comments of those benefited from cryptocurrencies until April 5, 2019, and after the mentioned date, by publishing a regulation statement, it will determine the final instructions. It is mentioned in these documents that cryptocurrency assets can have different forms and be created in different ways as well. By the way, these cryptocurrency assets are in three general categories: exchange tokens, security tokens, utility tokens.

Security tokens are such that they can act as conventional tools like securities in a joint investment plan. These types of tokens are in FCA legal jurisdiction; because the categorization of such tokens have been defined as the financial instrument in Financial Instruments Directive II based on the regulated state instructions as certain and specific investments or according to the regulated instructions by the market. Financial Instruments Directive II is an amendment issued by the European Union which proposes harmonious laws for investment services in 31 member states of the European economic area. According to the FCA report, security tokens can be considered as transferrable based on the regulatory framework of MiFID, and they can be considered as a specific investment based on the regulatory framework of RAO. FCA agency did not name any active security token, but has proposed a general abstract sample:
“Firm CD company which is active in England has recently developed a social trading platform named CD Platform. This platform is available to users for simple trade of fiat money in exchange of security tokens. This company issues tokens named CD tokens, which can be used to get fiat money or purchase other security tokens.”
FCA agency has explained in this regard that CD tokens can be considered as security tokens since they give a share of ownership right of CD platform to their holders.

These tokens allow consumers to have access to products or services but lack the necessary features to be considered as security tokens. Utility tokens are not usually in the legal jurisdiction of FCA unless they are compatible with the definition of electronic money.
FCA agency, by referring to the attained information from England’s digital assets’ committee, announced that this country currently has less than 15 trading units of active cryptocurrencies.
The total sum of daily trades of these exchanges is something about $200 million, which accounts for about 1 percent of the global cryptocurrency daily trades. Furthermore, there are 56 projects in England that have engaged in Initial Coin Offerings (ICO). It accounts for less than 5 percent of the global projects. Finally, these collected data show that England’s domestic market is relatively small.
All in all, despite the fact that the crypto market is relatively small in England, this country’s legislators have increased their legal investigations and proceedings quite a lot. For example, in December 2018, FCA agency said that it was investigating whether to use cryptocurrencies for 18 domestic countries. At this time, Her Majesty's Revenue and Customs (HMRC) issued its first exact tax laws for private owners of cryptocurrencies.
According to the advisory articles of FCA agency, this agency has requested from the general public to submit their comments about these documents and reports until April 15, 2019. According to published reports, the final draft of these documents will be published in the summer of 2019; thus England may soon join the number of countries with precise and clear regulations in the field of cryptocurrencies. (part 1)

After Bitcoin, Netflix Is Now Making a Documentary about Altcoin

Blockchain and Cryptocurrency Regulations in Developed Countries with the Largest...

Streaming the Animated Series “Bitcoin and Friends” on...