The biggest claim of Blockchain and cryptocurrencies industry is its decentralized and high secure nature. Having such a claim, if these industries cannot keep up with their claims, certainly they... 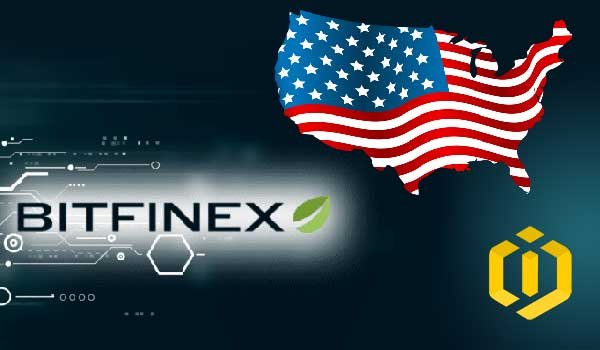 The biggest claim of Blockchain and cryptocurrencies industry is its decentralized and high secure nature. Having such a claim, if these industries cannot keep up with their claims, certainly they will lose the users’ trust and their reputation as well. This area has faced many problems since its emergence, and there have been exchanges and companies being stolen and hacked and lost their users’ assets as well as their good name and bankrupted. Hacking exchanges such as Mt.Gox, BitFloor, Poloniex, and Bitstamp are some cases in point. The growth of events such as hacks and thefts are not astonishing anymore, what might cause surprise is the news of the stolen assets retrieval. One of these exchanges which succeeded in retrieving stolen Bitcoins is Bitfinex exchange.

Bitfinex is one of the superior exchanges in the world which is busy in trading cryptocurrencies and located in the British Virgin Islands. It has been the biggest Bitcoin trade platform exchange with more than ten percent of the global trades done there. Bitfinex was hacked in 2016, and $75 million of its customers’ Bitcoins have been stolen, but this exchange returned all the fund to the customers after a few days, and it gave more validity to this exchange respectively.

This exchange announced that the U.S. authorities have recovered 28 Bitcoins stolen in August 2018 after a two-year pursuit and returned them to the exchange; although, this fund is like a drop in an ocean when compared with 120,000 stolen Bitcoins, such events should not be observed frequently that a state finds a stolen asset and returns it to the exchange.
The more interesting point is that at the time the coins were stolen, their value was about $72 million; however, it is now almost $456 million, something about 6.5 fold. This theft might have not been so harmful since it has been followed by more profit. It has been said that after being thieved, the exchange tried to recover its users’ fund to them. Should these recovered assets be distributed among the victims? Or are they in the exchange’s possession? It is evidently supposed that the recovered assets be distributed among 5000 investors and the victims of this hack consequently if this exchange has paid its users’ assets to them, is there any need for this money to be distributed among them again?

Bitfinex has told that it had been informed them about Bitcoins’ retrieval in November 2018. As it was told, there were many thefts and hacks that no one was successful in retrieving stolen assets, and this retrieval of Bitfinex exchange asset was expected. This exchange expressed his happiness in a statement about returning stolen investments to its traders who were loyal to the exchange in hard times and trusted it. Moreover, it thanked the American federal organization for its continuous attempts to recover the stolen assets.

Other Assets under Pursuit

According to Reuters, the U.S. and Europe authorities have worked on this theft. This retrieval is not trivial since hacking Bitfinex exchange was the biggest hack after MT. Gox. This retrieval might cause other exchanges being hacked to become hopeful again. Altogether, if it is possible to recover such thefts, why are other thefts from exchanges not pursued? Is it true to say that because American company iFinex Inc owns this exchange, the U.S has attempted to recover its capital? Or is there no specific benefit behind what the U.S has done? And the last point, is it possible to see the lost capitals recovered? Or will Bitfinex retrieval be the last retrieval of the whole history of cryptocurrencies?