Cryptocurrency Conferences Are Still Developing Despite Economic Recession in this Industry

Cryptocurrencies price has dramatically lowered in the last year, and the public’s attention to this area has been decreasing in recent months. Yet, according to the recent data, the conferences on... 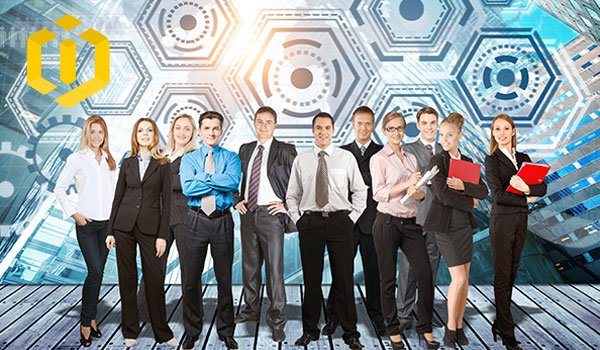 Cryptocurrency Conferences Are Still Developing Despite Economic Recession in this Industry

Cryptocurrencies price has dramatically lowered in the last year, and the public’s attention to this area has been decreasing in recent months. Yet, according to the recent data, the conferences on cryptocurrency and Blockchain have not continuously declined during the last six months in 2018.
Blockchain or block Chain is indeed a distributed database and a type of information recording and reporting system that owns an encrypted data structure, which is the basic technology of cryptocurrency. Cryptocurrency or electronic money is recognized as virtual money, and currency crypto too.

The Conferences on Cryptocurrency and Blockchain Technology Are Still in Vogue

The conferences related to cryptocurrency and blockchain technology have not observed popularity decrease during the last year. According to the data recently collected by analytical data website Tradeblock, the number of events in crypto has greatly changed compared to the other sectors of digital asset economy. In 2018, digital currency conferences were held enthusiastically and with great attention concentrated on it, and the organizers drew millions of people to the exhibition booths through selling stable tickets and ICOs. For instance, last year in Consensus week in New York, May, 11-17, $10.5 million has been recorded for 7000 attendees through selling tickets being the worth of $1500 and $2000. Blockchain Conferences tickets were actually sold with huge prices in all 2018, and most of these events were sold in 2018.
Even after that Vitalik Buterin publicly told about common scams and gouging tickets by this conference, in a two-day Ethereum Ethereal summit held by ConsenSys, the tickets were sold with the value of $1300.
Women on the Block conference held in Mother’s day sold its tickets to the value of $299 to $599; Token Summit sold its early bird tickets on May 17, to the value equal to $649 and the remaining seats with $979. In May last year, Eventbrite company sold NYC Blockchain Tech and Invest Summit tickets to the value of $899 to $1299 per person.
In spite of the significant decrease in digital currency prices in 2018 and selling tickets with the income about hundreds or even thousands of Dollars, Blockchain conferences didn’t get damaged from slips of encryption economy.
Tradeblock, the supplier of commercial, organizational instruments and cryptocurrency data, has explained in the current week that Blockchain events organizers addressed hosting these conferences until 2018 around the world.
The data analysis website remarked on Thursday that despite bear market of encryption in 2018, the number of related conferences to this industry has not had a steady decrease in the second half of this year.
The Bear market is a market wherein the stocks have falling trends, and recession is dominant on the economy. It has a negative atmosphere, and there is a supply increase and demand decrease. Consequently, the transactions volume falls and the market suffers from recession and lethargy. There is a high probability of loss in the bear market, since the prices perpetually lose their value; however, it should be taken into account that the prices drop in a day or a week is not a sign of bear market; having a short-term view is not judicial and it should be investigated in the long run.

The Stolen Information by Hackers, Does Not Belong to Our Users; Announced Binance