Hundreds of companies are working in different cities of Switzerland like Zurich and Geneva on Blockchain-based trade which have not had any legal form yet. With developing these companies, Switzerland... 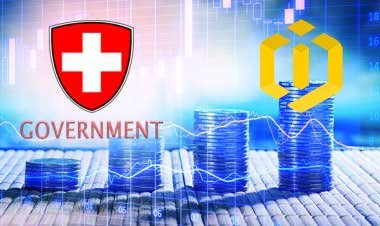 Hundreds of companies are working in different cities of Switzerland like Zurich and Geneva on Blockchain-based trade which have not had any legal form yet. With developing these companies, Switzerland government intends to adapt Blockchain sector exchanges to financial-monetary rules of this country.
A few days ago, Switzerland National Federal Council released a statement on making a legal framework for Distributed Ledger Technology (DLT) and Blockchain.
DLT is like a DataBase which is not registered on any concentrated server; rather, all data regardless of type, are stored among all platform users who are called “nodes,” and any kind of change will be applied to all data and all users.
In another way, each node owns a version of all data, and each update is applied on all nodes. Accordingly, each update should be confirmed by all network users, and changes will never be made without other users’ observance.
This performance system causes transparency, security, intermediary removal, and as a result, costs- and time-saving.
It was mentioned in the statement released by Switzerland, that it is possible to be coordinated with modern technologies in spite of existing mechanisms in Switzerland regulations; however, there is still a need to change. A measure which has been “an innovative and noticeable movement for a certain trade via digital currencies”, according to Switzerland government Secretariat announcement.
It is outlined in some parts of this statement that:
-    policymakers are entitled to pave the way for innovation in this area by offering legal mechanisms.
-    Switzerland government should provide trade mechanisms in DLT and Blockchain quickly.
-    Switzerland should introduce itself as an attractive place for investment in the field of DLT and Blockchain to the world.
-    Switzerland should propel itself toward using new technologies.
In the first step, the council has proposed an amendment for securities laws to increase the legal validity of cryptocurrencies.  One of the high executive authorities of Switzerland said that:
Decentralized data entry used for the interested people can be offered to the public in the form of intellectual property. It can be the primary phase to regulate this platform.
Moreover, this council intends to exempt digital assets from the solvents’ belongings seizure process; although, because of the presence of Debt Enforcement and Bankruptcy Act, DEBA, in Switzerland, such problems do not seem to be easily solved.
On the other side, government body suggested in an act to create an infrastructure for Blockchain investors through classifying legal permissions issued by Financial Market Infrastructure Act (FMIA); although, there has not yet been made any change in related rules to securities and their derivatives influencing investment on Blockchain. FMIA is a policy-making body in a financial field in Switzerland government according to its enforced rules the trade will be possible.
According to anti-money laundering act organization announcement in Switzerland, currently, just creating primary rules can help the legal performance of digital currency-related exchanges and ICOs. This organization has announced that based on existing regulations, there is no need to have a fundamental change in rules — this organization with the cooperation of Financial Action Task Force, FATF, attempt to tackle with financing terrorism and money laundry.
Switzerland government has been working on legal condition for Blockchain since 2106, while Federal Department of Finance has concentrated on regulating Fintech. Moreover, Switzerland’s Financial Market Supervisory Authority, FINMA, has recently rendered applied permission for the companies working on Blockchain and digital currencies; however, the events found importance when Switzerland government witnessed a high public potential in Crypto-valley, i.e., the ecosystem used for collecting startups in this field.
Financial markets in all countries try to attract investors to their market through offering appropriate services and facilities, but the point is that all countries try to adapt their financial market with anti-money laundering and anti-terrorism rules in order to avoid new platforms like Blockchain change into a way to help terrorism.