According to an announcement published on February 1st, Swiss Blockchain and cybersecurity company WISeKey said that it has established an international Blockchain innovation center in Geneva... 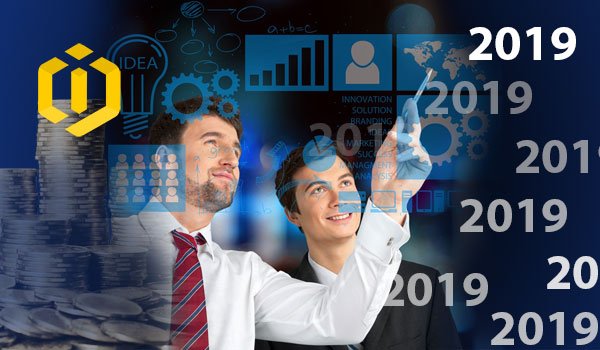 According to an announcement published on February 1st, Swiss Blockchain and cybersecurity company WISeKey said that it has established an international Blockchain innovation center in Geneva.
Using the Root of Trust encryption tool, WISeKey was looking to confirm and identify secure payment methods. It was seeking after its aims through the Internet of Things, and Blockchain technology.
Geneva Blockchain center has researched and promoted Blockchain technology, and also helps Blockchain-based startups. Such startups are comprised of a unique group of experts and researchers who intend to enter new technologies into new markets. These startups include:
1.    IXO Foundation
2.    SimplyVital Health
3.    Open Bazaar
4.    Gem
5.    SmartLedger
6.    Digital Asset
7.    Shopin
8.    Ripe
This center attempts to utilize Blockchain technology in the private and government sectors.
Some features of Blockchain technology include:
1)    Smart contracts: these contracts are mostly used for organizations that process a great volume of data. Through smart contracts, agreements are automatically signed and confirmed, which is time- and cost-effective.
2)    Electronic Voting: through Blockchain, users will be able to register their vote in a completely secure and protected way. Of course, this process includes registering election candidates, voting, vote counting, and the results of the election. Electronic voting speeds up vote counting.
3)    Cryptocurrency: cryptocurrencies make money transfer quick, secure, and cheap, while different financial services such as Paypal ask for a lot of transfer fee for international transactions.
4)    Authentication: some organizations provide authentication services for people, through which authentication is done with a very hefty cost; however, using Blockchain, it is no longer necessary to pay for authentication.
5)    Ledger: this ledger is used in recording history in computers, in order to reduce human errors, such as manipulation.
6)    Collecting Money Via ICO: ICO is a way to increase capital which suggests digital assets, and you can give your receipt to the investor through the created tokens.
7)    Storing Data: using Blockchain, your information will be saved in different computers in the network with unique encryptions. This will reduce the costs of storing data.
8)     Stock Market: due to the Blockchain system’s secure nature, the stock market makes use of this system.
9)    Providing Energy: in some places of the world, financial institutes and houses enjoy the advantages of Blockchain-based distributing networks to store energy and precisely trace its use. When electricity is sent into the network, no one can tell whether it was produced via fossil fuels, wind, or solar power. Traditionally, renewable energies are traced by transferrable permissions that are confirmed by the government. These permissions have some drawbacks that Blockchain can solve them.
10)    Lowering human errors: Recording transactions with Blockchain reduces human error considerably.
11)    Managing Investors’ Assets: capital management is one of the applications of cryptocurrencies. Therefore, companies such as SwissBorg, by offering some solutions, make it possible for users to manage their capital without any limitations.
12)    Digital Publishing of Services: today, traditional ads have lost their effectiveness, and so advertisers can promote their product with cryptocurrency, which will manifold the effectiveness of the ad.
13)    Managing Supply Chain: Blockchain can be used to follow the movement of goods, their source, amount, etc. Also, simplifying processes such as transferring ownership, insurance, production process, and payment are among its advantages.
14)    Quality Assurance: if a disturbance or disruption is found in the supply chain, Blockchain can speed up the improvement process by identifying the source of this problem.
WISeKey is set to cooperate with the Blockchain Research Institute (BRI) in order to establish more centers in the U.S., Latin America, China, India, and Africa.
Moreover, another objective of this center is to synchronize itself with businesses, students, and other relevant centers, and finally sharing the best experiences and sources with other experts.
Different research centers for Blockchain technology are exclusively researching one feature of Blockchain. Although Global Blockchain Center in Buenos Aires, Argentina is an expert in anti-fraud and scam systems, it is gaining skill and expertise in Fintech (short of Financial Technology, which means doing stuff with technology in order to make financial services more efficient). The purposes of gaining expertise in Fintech include:
1)    Reducing costs so that the public can use technological programs.
2)    Ignoring borders and breaking geographical limits.
3)    Ability in estimating possible risks and dangers.
Large companies are trying to implement all these aims at once.
During the last week, WISeKey, in order to collaborate with Censof technology investment subsidiary holding in Malesia, announced that it will launch the global Blockchain center in this country. It should be mentioned that the government of Malesia intends to promote transparency, stability, and efficiency in its different industries using Blockchain technology.
Ameer bin Shaik Mydin, director of the technology holding Censof, stated in this regard that, “Blockchain’s potential advantages for efficiency management will help our customers.”
WISeKey announced its collaboration with Water Foundation on January 23 in order to conduct authentication based on Blockchain in order to reduce the pollution of ocean waters.
This company has also created a digital identity for every plastic product produced with the help of Blockchain technology, in a way that these products are connected to a secure invoice via a QR code and a Microchip. By completing the process, recycling attempts for each product are recorded and traced in the Blockchain platform.