The three industries of book, music, and video have had similar problems with metadata for years. In fact, the book industry is doing better in addressing this issue than the other two, since we... 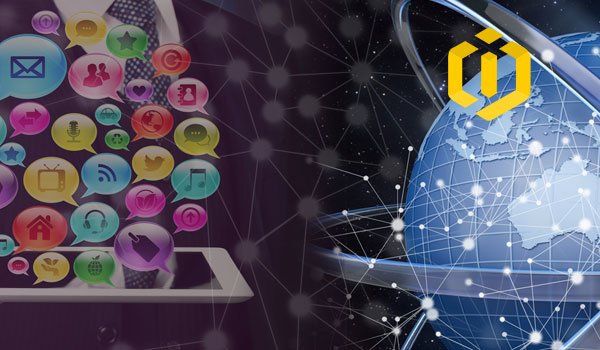 The three industries of book, music, and video have had similar problems with metadata for years. In fact, the book industry is doing better in addressing this issue than the other two, since we have developed the Onix standard trading partners have agreed to implement it for the most part. Even though music and video have the standards of DDEX and EIDR respectively, only recently have they had to deal with third-party trading partners and unlike the book industry, they have not implemented a metadata standard on a universal scale.
Therefore, in order to develop a metadata standard, music and video industries experts have looked to the book industry. And now there is this new technology that is being reviewed by the music industry and so other industries should consider it as well. It is called Blockchain technology.
Blockchain helps in tracking ownership and rights. This technology was developed by Satoshi Nakamoto, which is a pseudonym of a person, persons, or even a group. This on its own qualifies this technology to be considered for adoption. Origin is really important regarding rights and ownership. Since the publisher should pay the author under any condition, should he even be anonymous?
Up to now, the most recognized use of Blockchain has been in cryptocurrencies like Bitcoin. Similar to Google Docs, Blockchain works on a peer-to-peer infrastructure. There is no central figure, transactions are recorded in a public ledger, and anyone who has access to it can see the transaction, which is currently only the people who have made the transactions. In each hour, six new blocks of transactions are added to the public ledger. Those computers that have access to the Blockchain network get to verify and manage all transactions.
This technology can also have great uses for streaming media. Since streaming takes place over digital networks, the concept of a system that is itself digital and transparent and keeps records of transactions is really striking. When the creator or publishers released work to be sold, the buyer can purchase and download the work and pay for it on the Blockchain network. All kinds of media such as E-books, audiobooks, music, video, and games will all benefit from a system in which the questions of who published the content and who’s paying for it are resolved. What would no longer exist, is piracy.
This is precisely why the music industry, which is affected by piracy more than other industries, has taken on Blockchain technology more than others. When data is in digital form, piracy becomes easier, but the transparent and public nature of Blockchain technology makes it practically impossible in its network, since the creator of the content can see who has access to its and who has paid for it, that is of course if the Blockchain network is not forked into different version among which there is no communication.
But technologies are almost never perfect. Although Blockchain makes piracy difficult to occur, there is still the possibility of hacking and bad sectors. A general rule that is good to consider is that if a system exists people will try to hack it. If the transparency feature of Blockchain technology becomes compromised, piracy will be possible. What should be considered here is that piracy is also a form of hack, and hackers will definitely try to breach any system that is set to protect rights and loyalties.
Another issue is the fact that the source of technology is anonymous. No one knows who Nakamoto is or even how people it refers to. The origin of a new system is important when industries are considering it since if something went wrong, they could refer to the developer.
Another, and third, issue that is ascribed to Blockchain technology, is the environmental aspect. The more Blockchain technology grows, the more servers it will require. And moving onto a distributed network for financial technologies for financial infrastructure needs a vast amount of CPU power. And of course servers create heat, and thus huge server farms that will be required for the growth of Blockchain technology will have a huge effect on the climate change, like never before. This problem caught the attention of the Institute of Electrical and Electronics Engineers, and they have published an article regarding said issue capturing the “ridiculous amount of energy it takes to run Bitcoin,” and how probable it will be for that energy to go unchecked. With that in mind, it should be mentioned that Cornell University and Intel are working on projects such as Ethereum and Sawtooth to reduce the number of participants in the Blockchain, and thus reducing CPU power required and the possibility of hacking.
The last issue that is usually ascribed to Blockchain technology is the legal system. Lawyers usually don’t take kindly any attempt to standardize the transmission of rights. This holds true across all industries. Even though there are still contract templates, but the relationship that exists between agents and talents is indicative of the fact that rights are still a custom-made industry.
Therefore, it can be concluded that Blockchain technology is not yet tailored for industry use. Evidence suggests that the book industry is not going to adopt this technology in the near future. However, it has enough potential for this industry to be paying attention to it. It is the duty of those involved in the book industry to look out for other media industries and see how they adapt to technological changes. Blockchain has had a bigger impact on those other media industries than the book industry, so it should employ their experiences in its journey toward a Blockchain-based book industry.