Russia is among the countries that has banned the activity of cryptocurrencies and does not allow its citizens to use and make transactions with it. This is while the tendency for activity in the crypto world in this country is really high. Though it should be mentioned that given all these limitations there are still considerable projects and plans in this country working on the capacities of Blockchain for different practices. 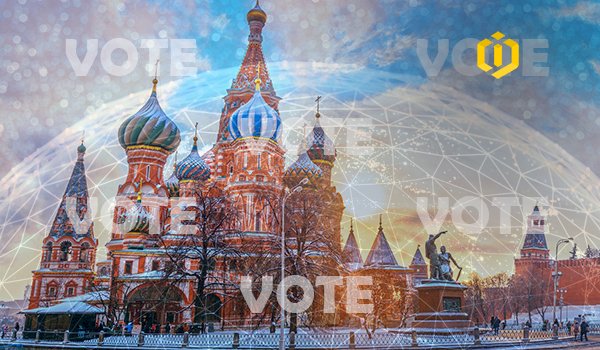 Russia is among the countries that has banned the activity of cryptocurrencies and does not allow its citizens to use and make transactions with it. This is while the tendency for activity in the crypto world in this country is really high. Though it should be mentioned that given all these limitations there are still considerable projects and plans in this country working on the capacities of Blockchain for different practices. One of these projects in the field of Blockchain, is the use of this infrastructure in order to allow people to participate in Moscow’s municipality election in the coming fall. But the story does not end here and apparently, this Blockchain-based voting system has numerous defects.

How Is the Security of the Russian Blockchain-based Voting System?

Experts believe that this system is easily hackable and the encryption used in the programming of this applications is extremely simple and hackable. In fact, the security of this voting system is evaluated to be very low. Encryption in this infrastructure is extremely fragile and simple, in a way that it only takes 20 minutes to hack it and this can be done by a simple personal computer. In more precise terms, private keys can easily be told from public keys in this system. By identifying and distinguishing these things, each encrypted datum will be hacked quickly and easily.

What Will Be the Result of Using Such a System?

It seems that the use of Blockchain in this Russian system is a futile attempt toward having a precise and safe election and given all the defects in this system, after each citizen submits his vote, other citizens will be able to find out about his choice in the public infrastructure of Blockchain. This means the security of this system is completely low and limited in all fields. In order to implement Blockchain in sensitive and complex matters like political election, there is a need for numerous investigations and getting help from very skilled experts that can design precise and errorless systems by understanding the sensitivities of matter like election.

Does Blockchain Have the Ability to Be Used in the World of Politics and Elections?

The measure taken by Russia in implementing cryptocurrencies in a field other than financial transactions shows that the capacity of Blockchain’s various practices is much more than the public think. In fact, these new technologies can lead to the simplifying of complex processes like voting and decrease the possibility of fraud to zero in addition to protecting the identity of voters in a secure infrastructure. Of course as it seems, Moscow has not been successful in providing security of the Blockchain-based voting system against hackers. In addition to this important security matter, the leaking of voters’ information and their opinions is another problem that has been neglected by the organizers of this project.
As it seems, Russia has a hidden relationship with the crypto world, much like China. Just like the Chinese that are releasing their own cryptocurrency after strict oppositions toward cryptocurrencies, probably, behind the oppositions that Russia is showing toward cryptocurrencies, it is also looking into some projects in this field.

Target’s Activity in the Field of Blockchain

What Mistakes Should Be Avoided in Blockchain-based Projects?

What Jobs Are Available in the Crypto World?