European Union Reveals its Sources in Regulating cryptoassets and ICOs 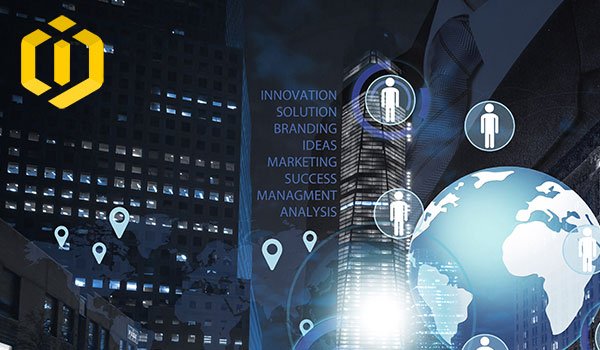 European Union Reveals its Sources in Regulating cryptoassets and ICOs

European Banking Authority (EBA) and the European Securities and Markets Authority (ESMA) have released a report to give some advices for the European a Commission (EC) which has started an action plan in 2018 in the field of FinTech asking about the appropriateness of the EU regulatory framework. In the meantime, there was another paper including a survey conclusion by ESMA itself, a part whereof was allocated to the application of financial instruments definition to six cryptoassets including feature, investment utility, etc.
Cryptoasset is a type of private asset founded on cryptography and DLT (Distributed Ledger Technology) including cryptocurrencies, virtual currencies, Bitcoin and tokens issued by ICOs.

It has been proved that European market is more appropriate to apply technologies such as Blockchain and other IT applications resulting from European Commission’s measures in the field of FinTech action plan instruments. Altogether, Europe can be the best place to start any legal enforcement in cryptoassets.
There is not legal definition for cryptocurrencies in EU financial securities laws. Their report helps to understand how European regulators consider cryptoassets services on the contrary to the current regulatory framework. So it can be a useful source to guide to those inclined to start a new cryptoassets service.

The regulatory atmosphere suggested by ESMA’s report includes delving into cryptoassets as “transferrable securities” and “financial instruments”. The first fact is that there are various views and standpoints by different Member State regulators and it caused some challenges in the field of regulation and controlling cryptoassets. ESMA chooses each rule and elaborates on the manner of their application in cryptoassets, then specifies if any part needs revision, modification or reconsideration.
The other is that those cryptoassets with the qualifications owned by “transferable securities” or other types of MiFID II (Markets in Financial Instruments Directive) “financial instrument” legally urge their issuer or provider to fully comply with EU financial rules.
Most Member State regulators concentrated on ancillary profit rights and believed that it is can suffice handling cryptoassets as “security”; or let us say “transferable security”. No one of these regulators considered pure utility tokens as a transferable security or a financial instrument and it led to excluding utility tokens from this regulatory domain.
Many of them believed that the above procedure should be enforced for financial instruments too to contribute adapting situation of facing forking, the custody of private keys, safekeeping, etc. Furthermore, they don’t have a positive view in classifying all cryptoassets as “financial instrument” since, their opinion shows it would be followed by legitimizing them.
On the other hand, some of these respondents consider some types of cryptoassets as the building blocks of alternative investment funds.
The manner of applying MiFID II rules to decentralized trading platforms via smart contracts without any modifications in the present rules is still not clear. The need to have sufficient transparency, data reporting and recordkeeping are some other issues in regulatory challenges. Moreover, ESMA points to Market Abuse Regulation and the possibility of its inability to cover information by miners and wallet providers too.
The application of EU rules of security and dissociation under the CSDR and the Financial Collateral Directive leads to this enigma that whether the security services equate having the clients’ control of private keys and its different applications.
ESMA states that there is serious risk in case cryptoassets feature neither MiFID II financial instrument nor EU rules, e.g. EMD2 or PSD2. To give a solution, EU member states offer some rules; however due to the out-of-border nature of cryptoassets, ESMA’s opinion favors more chance for the EU approach.

Five Member State regulators assumed EBA cryptoassets as e-money within scope of EMD2 and in case of the ability to pay services through aforementioned assets it would be in the category of PSD2; though, it expressed worry about the activities which are not in the domain of two above, services related to cryptoassets custodian or its trading platforms are some cases in point.
There are still some risks such as consumer protection, low liquidity, operational flexibility, etc. which are not in the scope of regulatory framework in EU’s view; and ESMA points to some others like fraud, cyberattacks, money laundering and market manipulation as some potential and critical risks.
ESMA claims that it is a requirement for all cryptoassets to be subject to AML (Anti-Money Laundering) rules, so does EBA; as it wants to take the latest FATF (Financial Action Task Force) guidance and revise European Union’s AML legislation specially in crypto exchanges.

ESMA emphasizes the need to have additional plans to be able to apply the present regulatory framework to the cryptoassets in the realm of these laws and offering new rules to those not included in the present scope.
Both ESMA and EBA are interested in cooperating with global regulators to legalize cryptoassets and their every associated financial activity.

Developing a template for regulators is a fruitful mission of EBA to help financial institutions like banks to better handle cryptoasset-related activities. The other peripheral operation defined to be accomplished is to estimate the volume of cryptoasset practices by the financial institutions to the benefit of consumers during 2019. Besides, EBA will announce any need of amendment to EC; guidance in case of current regulatory applications is the other task undertaken by EBA. Moreover, it asks EC to try increase consistency in accounting treatment cryptoassets, since there is not any transparency about the manner of behaving with such currencies.