Only 376 People Hold 33% of the Total Ether Capital in the World, According to Chinalysis

About one-third of the world Ether capital belongs to just 376 people. This report the data of which have been updated since March 1st, 2019, shows that a small group controls about 33% of the digital... 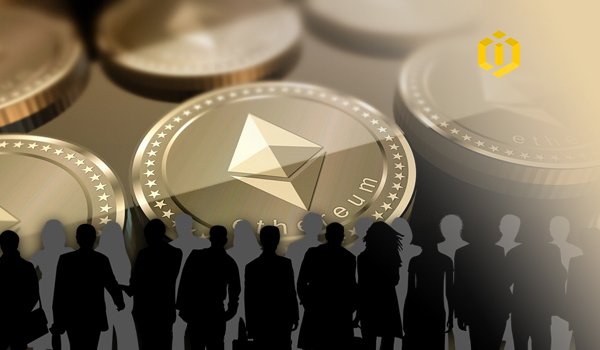 Only 376 People Hold 33% of the Total Ether Capital in the World, According to Chinalysis

About one-third of the world Ether capital belongs to just 376 people. This report the data of which have been updated since March 1st, 2019, shows that a small group controls about 33% of the digital capital of the world's Ethereum. Analysis startup Chinalysis whose main activity is analyzing related markets to the cryptocurrencies, announces in its latest report on last Wednesday that one third of existing capital in the world belongs to 376 people and this figure has decreased from 2016 to 2017. Chinalysis report shows that these “whales” don’t play any role in appraising Ethereum price in the world while they can create a massive, pervasive, and powerful wave in the market by selling their assets.
Whales are the top 500 people holding a type of cryptocurrency in the world. The estimations show that Ether whales play the role just in 7% of active transactions.
In another part of this report, it has been stated that most of Ethereum whales (around 60% or about 225 people) are not categorized in active exchangers; that is, this relatively big part is not interested in digital trading currencies and seldom act in making transaction in the market. According to Chinalysis, it can be concluded that 225 people control between 25% to 40% of working capital of Ethereum in the world, but the share of this part in Ether trades in the world is just limited to 5-18% of the total transactions in the world.
Moreover, through a vector autoregression (VAR) model which is mostly used in economic analyses, Chinalysis analysts have found out that the Ethereum (ETH) price is a function of Bitcoin price (BTC). Therefore, about a 1% increase in Bitcoin price early last week has led to a 1.1% increase of Ethereum price in this week.
VAR model is a statistical model which states the linear dependence between some time series. VAR model is the generalization of Autoregressive model for modeling dependence between more than one-time series. In the VAR model, the future of the time series is estimated by its past and other series in some time delays.
The other point attended in this modeling is the effect of sending and receiving capital by the whales to digital exchanges or from them. In this regard, it has been found out that the sent capitals cannot be effective in daily pricing and are just effective in the working capital. On the other hand, the capital will have no impact on the price or working capital in the market.
Having branches in the U.S. (New York), Denmark (Copenhagen) and Britain (London), Chinalysis is a center to do surveys and analyses related to cryptocurrencies and offers required software for to the organizations and financial institutes active in this area. This institute has developed its tools using the newest methods combatting money laundering and periodically addresses offering statistical analyses of the current state and the vision of digital currencies in the world.

How Should the Portfolio Arrangement Be in the Market of Cryptocurrencies?