Calls for a One World Currency 2021 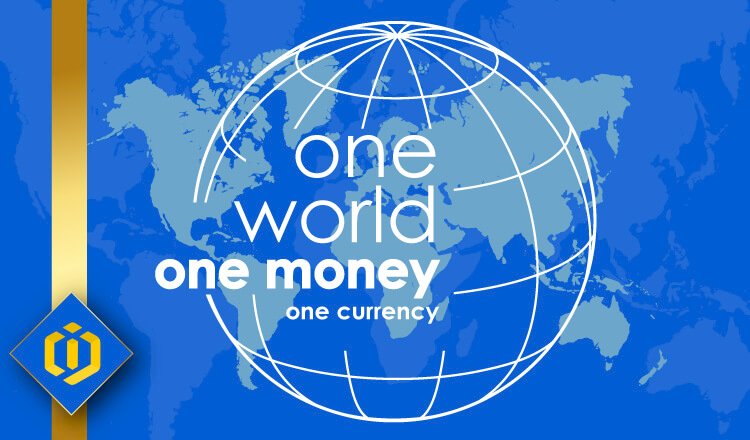 One currency for all

Inspired by the article published by The Economist on Jan. 9th, 1988 (See below for reference)

Have you ever imagined the whole world using a single global currency? As we can see, using different national currencies poses several problems, such as the insane exchange rates on money exchange or money transfer abroad.

Therefore, having one world currency seems unavoidable. Perhaps in ten or twenty years from now, or even sooner, all the people in the world, in rich countries or maybe some poor ones, will be using the same currency to trade or purchase the items they need. There will probably not be any of the mainstream national fiat currencies in different countries; instead, there will only be a single currency that is way more convenient to use.

Why a world currency instead of national currencies?

In the early 1970s, the most significant change in the economy happened when trading goods were replaced by money, and it is now handling and directing the exchange rates. Over the past decades, there were some attempts to solve the exchange rate problems.

More than thirty years ago, the governments wanted to modify the exchange rates system to have a more controlled one. However, they did not think of the underlying economic policies. The Black Monday stock market crash in October 1987 had a devastating impact on the financial world by rising interest rates. This stock crash is known as the biggest single-day market drop in history. There was no policy coordination, and that is why the Black Monday stock market occurred.

After this enormous stock crash, the exchange-rate reformers realized that without any policy co-operation, the plan of securing currencies is not feasible. For making this happen, governments must surrender some of their economic sovereignty.

Nowadays, despite the discrepancies in national economic policies, cross-border transactions are yet still happening. This is due to the world’s financial markets integration.

But, what is wrong with these cross-border transfers?

These transfers can affect exchange rates indirectly. Because they can alter the trade revenues and different currencies' demand and supply, and as a result, stability of exchange rates. Besides, telecommunications improvements help to make these transfers even faster and less expensive over time. All these together produce huge volatility in national currencies along with breaking down the national economic boundaries.

In this way, the necessity of forming a single currency across all countries in the world becomes more plausible. By creating a universal currency, all the economic problems will be resolved and adjusted automatically. There will be no currency risks; instead, there will be significant improvements in investment, trade, and employment.

Possibly there would be a central bank descended from the IMF, The International Monetary Fund, for supplying this global currency. Also, national monetary policy or numerous national government-related rules will be abolished. As a result, the inflation rate in each country would be resolved or at least minimized. As there would be a worldwide central bank, countries cannot print money to finance their budget deficit; alternatively, they can borrow money from the central bank. In this way, governments will lose their economic sovereignty in any case. This is what makes this international currency more interesting.

So, as we can see, this economic integration is literally irresistible, and governments can either accept it and follow this trend or find a way to bypass it. But, the question is, how can this integration be achieved? The most fundamental element is real policy agreements.

The governments have to let the international money be used alongside mainstream national currencies so that people could themselves choose moving forward to a single universal currency, as it is more convenient and stable. But is there any other way instead? There is one alternative, and that would be increasing accurate restrictions and controls on trade and capital flows to protect policymaking independence. In this way, governments have enough time to control the variations of exchange-rate, overcome the inflation sudden jumps, and deploy financial policies without any interference.

Having a global currency can benefit everyone in some ways. There would be no currency risk in international trades and no fear of currency fluctuations for cross-border traders. Besides, it can omit the international transaction fees. Nowadays, cryptocurrencies are literally making this possible by presenting themselves as a secure, straightforward, and quick mode of financial transactions. Lastly, the concept of global currency is inevitable; therefore, it is better to embrace it with an open arm and appreciate the convenience.

Ukrainian Football Club Will Use Blockchain as an Income Source