Any commodity in case of holding in large amounts becomes overpriced due to the decrease in its supply. The one who... 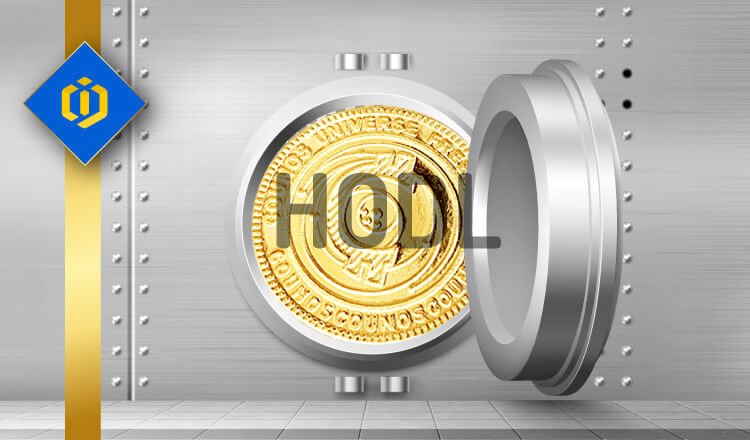 Most of those who have bought Bitcoin literally have Bitcoin under the term of HODL. In this article, we will explain how this term would lead to deceptive Bitcoin prices. But first of all, let us explain what HODL means and how it started.

On 18 December 2013, when a drunk person in Bitcointalk Forum was lecturing about Bitcoin and the things that could be done with it, made a typo as HODL instead of the word HOLD, which means "to keep."  HODL means holding Bitcoin for a long time so that it becomes more valuable. In other words, it means hoarding. Hoarding means keeping a particular item so that its price increases.

As you may know, any commodity in case of holding in large amounts becomes overpriced due to the decrease in its supply. The one who keeps Bitcoin following this strategy would be looking for someone else to buy those goods at a higher price, and there is always someone who is ready to purchase goods at a higher price. Now, following this trend would cause a price bubble. The amount of this price bubble depends on the amount of hoarded Bitcoins. Besides, this price bubble can easily burst. We can witness a severe crash of prices in the market, utilizing supply on behalf of hoarders.

So, using this strategy and hoarding Bitcoins can make the value of the Bitcoin Market seem misleading and unreal. To see how it happens, let us first explain how the Bitcoin market value is calculated.

Market value's rate is calculated by multiplying the price by the number of goods. While on 26 October 2020, this number was based on the circulation of 18,526,743 Bitcoins, as each Bitcoin was 12,997.09 USD. By multiplying these two numbers, we can calculate the total Bitcoin market value. But the problem is that we must subtract the HODLed Bitcoins from the number of Bitcoins in circulation. Hence, this is how the real Bitcoin Market value can be estimated. But the question is how many Bitcoins are hoarded, and how many are still left uncalculated among the circulated Bitcoins?

The fact is 1.8 million Bitcoin, which is equal to 10 percent of the total Bitcoins, have not been transferred since they have been generated. So, here we can assume that one million Bitcoins are supposed to be owned by Satoshi Nakamoto, the mysterious Bitcoin creator. On the other hand, 10,545,000 Bitcoins have not been transacted for more than a year and indeed they have been hoarded. This is equal to more than 57 percent. Also, 93 percent of Bitcoins had no transaction during the last two weeks.

Now by knowing these facts, let us do the math:

This number indicates that instead of 240 billion Dollars market value, we have roughly 16 billion Dollars market value. Nevertheless, this calculation is based on the perception of having stable prices. In the meantime, when one of the crypto whales of the Bitcoin Market imports some of their hoarded Bitcoins in the market, Bitcoin prices drop drastically. Crypto whales are those who have hoarded huge sums of Bitcoins.

Therefore, this strategy generates an unrealistic Bitcoin price and value in the market. For uninformed people who have recently joined this market, these deceptive numbers would result in miscalculation. In fact, if we add these numbers to the table of cryptocurrencies, the expected outcome is that instead of the first rank, Bitcoin must be placed on the fifth rank of the table.

At the moment, many Bitcoin supporters suggest the newly joined members hoard at least a little amount of Bitcoin. And this amount they are talking about is equal to 0.002625 Bitcoins, considering twenty-one million Bitcoins divided by eight billion as the world population.

The truth is that Bitcoin is not the typical cryptocurrency that the majority of people are buying and selling. It is only a decorative commodity for hoarding by the limited number of hoarders with ambitions of achieving high prices. Bitcoin supporters claim that buying and selling this cryptocurrency is profitable. However, according to the information mentioned above, it seems there are not many who use Bitcoin in their transactions, and these claims are unreliable. Possibly another cryptocurrency must come into existence and overcome these problems and get the title of a real digital currency, but clearly, Bitcoin cannot own this title in its current form.

The Swiss Company Counos added 203 coins to the Paper Wallet

Owner of Romanian Crypto Exchange, Coinflux, to Be Extradited...