On January 13, 2019, New Zealand cryptocurrency exchange Cryptopia was robbed by hackers, and a huge amount of Ethereum equal to $3.5 million was stolen from it. After a while, this... 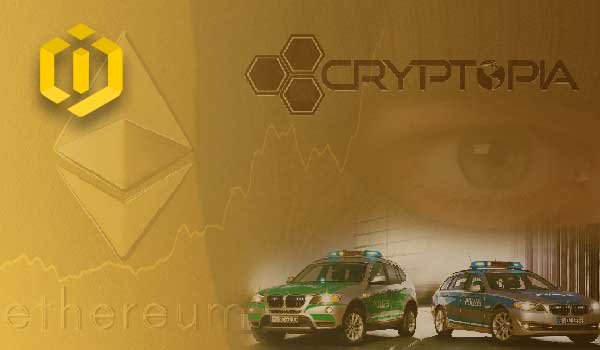 On January 13, 2019, New Zealand cryptocurrency exchange Cryptopia was robbed by hackers, and a huge amount of Ethereum equal to $3.5 million was stolen from it. After a while, this exchange was attacked by hackers again. The criminals have stolen from the same wallet address they had used for the first theft; however, the worst news is the inability of the Police force and judicial bodies to pursue these kinds of crimes. It seems that internet crimes related to cryptocurrencies cannot yet be pursued.

Is It Possible to Protect the World of Cryptocurrencies?

The experts and beneficiaries in the world of cryptocurrencies believe that the current regulations in the field of pursuing crimes and frauds don’t have the necessary liability and quality to support and guard cryptocurrency investors. Of course, it is not true about all countries. In countries like the U.S., Japan, and the European Union states, cryptocurrency crimes are pursued in a more regulated and obvious manner.
Alex Sim, a professor at the University of Oakland and specialist in trade law and cryptocurrencies believe that one of the major reasons for crimes in the field of cryptocurrencies is the inability of the police and judicial force to pursue. Despite the fact that cryptocurrencies have not stepped in to disappear and their popular applications will, sooner or later, cover all aspects of trade and relationships, there are still many suspicions in taking them seriously.

What Are the Measures of the European Police Force in Cryptocurrency Crimes?

Although pursuing crimes in the field of cryptocurrencies is difficult, it is not impossible. Through creating an integrated system, European countries were able to gain access to different valuable data about judicial information and alternatives to cope with various crimes. In fact, all the police and security force is connected in a unified network; hence, information exchange is pursued fluently. In the whole continent, there is a rich system of data including a digital wallet and IP address identity finder which helps the police to confront and struggle with the criminals cogently. Europe is to gather together the companies, active people in the realm of cryptocurrencies, and security and police forces through holding different conferences and training as well as informing programs in order to have a more careful control on the flow and process of different operations and transaction of the system.

Lack of any rule and strategy to pursue the crimes in the field of cryptocurrencies causes huge problems such as Cryptopia event; but on the other hand, there are some people who believe that serious supervision on the world of cryptocurrencies and regulating different parts of transactions and communications lead to the effect on the main identity of this world. In other words, it questions its freedom and centralization to some extent. Of course, this theory is not very much mature and needs many meticulous meetings and investigations to respond to its accuracy. Finally, it should be accepted that although cryptocurrencies’ perspective is a little dim, many changes in this world should be expected.