The Red Cross of Denmark has agreed to sponsor a 3 million dollar Blockchain-based bond for volcano catastrophes. 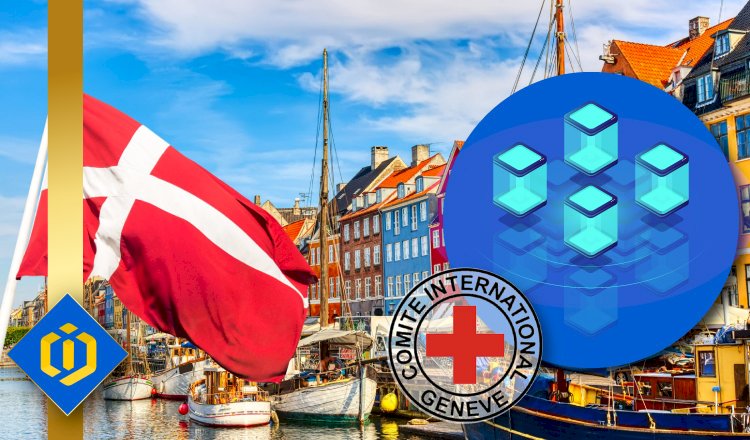 The Danish Red Cross, in collaboration with other humanitarian agencies, has launched a catastrophe bond to help people affected by the disasters of volcanic eruptions.

The Danish Red Cross has sponsored a catastrophe bond with the purpose of providing relief for the consequences that a volcanic eruption may have, signaling that crypto and Blockchain usage for humanitarian causes will continue to grow.

As the CIR Magazine wrote, the catastrophe bond, which also is known as a cat bond is sponsored by private businesses and other humanitarian organizations, and investors such as Solidum Partners and Plenum Investments are involved as well.

The cat bond intends to raise funds for humanitarian relief and speed up its release for the consequences of a devastating volcanic eruption by using Blockchain technology created by Replexus, which is an insurance risk securitization firm.

The Blockchain-based cat bond intends to raise about $3 million and has its attention on ten specific and active volcanoes around the world. According to the studies, over 700,000 people who live within a 60-mile radius of each volcanic mountain will face major humanitarian risks by the volcanic eruption of these mountains.

Popocatépetl in Mexico and Nevado del Ruiz in Colombia are among the ten active volcanoes protected by the cat bond. Merapi and Raung in Indonesia, as well as Fuego in Guatemala and Villa Rica in Chile, are among the others. The insurance fund also covers Cameroon's Mt. Cameroon, Ecuador's Pichincha, Cotopaxi, and Tungurahua.

Cedric Edmonds, CEO of Replexus, about this project has said that the volcano CAT bond will be put on an insurance-linked securities Blockchain, allowing secondary market trading among ILS investors and making the transaction especially cost-effective for the aid agency.

Mitiga Solutions which is a multi-hazard risk management company, developed a template to assist with the allocation of the funds. To evaluate the risk profile of vulnerable communities living near volcanoes, the template examines the height of the ash plume produced by the eruption event and the direction of winds.

The device built by Mitiga will systematically allow a payout from the cat bond right after the ash plume reaches a certain height and the prevailing winds are in the direction of people around the volcanos. Replexus has also developed an approved Blockchain to dematerialize bonds using a system that claims to save up to $400,000 per bond issuance in settlement costs.

As part of their corporate social responsibility, crypto and Blockchain companies are playing important roles by providing humanitarian aid for natural or other disasters. Crypto companies donated funds to aid people who were impacted by the Texas winter storm during the current year.

The American Cancer Society and The Giving Block, which is a crypto charity, teamed up in January to launch the cryptocurrency cancer fund for the first time.

Counos Platform’s Solution for a Transparent Election in...