Blockchain’s diversity in use, as well as its effortless applicability and high transparency, has attracted people, institutions, foundations, and organizations to accommodate their projects... 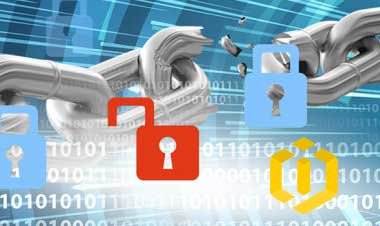 Blockchain’s diversity in use, as well as its effortless applicability and high transparency, has attracted people, institutions, foundations, and organizations to accommodate their projects through provisioning those features of Blockchain that might help them to reach their mission more efficiently. Sometimes that organization or foundation enjoys such impressive global influence that their judicious decisions can go beyond its borders and has the power to be changed into a paradigm.
The United Nations International Children’s Emergency Fund (UNICEF)’s intent to employ Blockchain in six different startup projects granted by Innovation Fund is one of those projects. The projects include: Atix Labs, Argentina; Onesmart and Prescrypto, Mexico; Statwig, India; Utopixar, Tunisia, and W3 Engineers, Bangladesh. A total amount of $100000 has been allocated for each project hoping to satisfy all predefined aims rendered by UNICEF. By the way, it is in its first preliminary stages, so its resourceful results are remained to be proved.
Office of Innovation, responsible for these unprecedented technologies like machine learning, has so far started 33 startups and received fund for them.  Chris Fabian, Venture Capital Fund principal advisor, has stated that his plan of investment is solely on emerging, open-source markets. It doesn’t mean that this office has not been familiar with Blockchain technology, as the first startup based on this technology was launched in 2016 in Africa; however, it can be assumed as a foreground to find out all its useful aspects to be permanently present in UNICEF’s activities in the future.
He expects that Blockchain technology will assist in various, though, discrepant projects such as vaccines purchase. It seems his view comes from his extensive global perspective that all plans and programs should meet two major human needs, first the improvement in performance and second, bringing about some learning. UNICEF has prioritized these six which have had most compatibility to their objectives from about 100 different requests sent to them.
Some major objectives sought in starting these projects are better access to electronic prescriptions, mobile phone connectivity, and main fund source. Despite extensive activities of UNICEF all around the world, the projects can merely be done in the countries wherein it has operation power. The prerequisite for it would be the tendency of these countries to have open- source market and experience of using this technology in some way.
On the other hand, startup founders have a positive standpoint regarding their cooperation with UNICEF, as well. Edverardo Brojas, for instance, has articulated benefits resulted from project inauguration, among them are higher production capacity and supporting the people in the country the project came from. In the same way, Audrey Tan, head of Atix Labs, emphasized availability, clearness, and popularity of financing through Blockchain even out of borders.
Besides, the big name of UNICEF is itself a valuable reference for the countries running these startups; since the startups will not be alone and UNICEF experts and advisors give services if there is need to have secondary investment followed by sale. Moreover, UNICEF works in partnership with other foundations to help the firms better trace their investment after finishing the project. Hence, these types of global programs certainly provide more popularity for this technology, and its development will be more feasible because of repeated trial and errors due to its extensive usage.

Getting to Know Concepts of Digital Trust-based Systems