In China, based on the latest ranking of sovereign cryptocurrencies that are mainly supported and monitored by the government, Bitcoin stands on the fifteenth and EOS stands in the first place. This ranking was published... 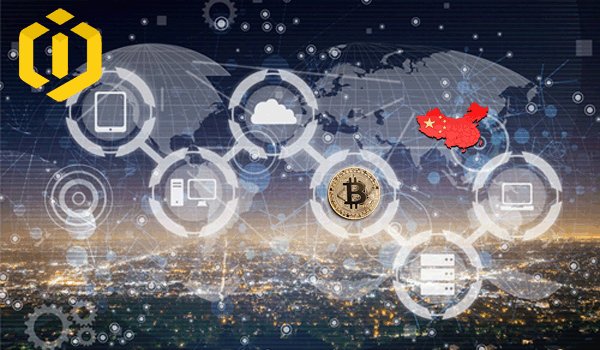 In China, based on the latest ranking of sovereign cryptocurrencies that are mainly supported and monitored by the government, Bitcoin stands on the fifteenth and EOS stands in the first place. This ranking was published on January 24, via a press release.
The ranking of cryptocurrencies was first announced in May by the China’s Center for Information and Industry Development (CCID). In the ninth update of this cryptocurrency ranking titled “Global Public Chain Technology Evaluation Index,” EOS still holds the first place; in the last ranking of this index, published in July 2018, it was in the first place and is still holding on to it.
As it was published in November 2018, the leak of new evidence against EOS management and some claims regarding the reversibility of confirmed transactions of this cryptocurrency have made a lot of controversies.
In this ranking, the second place was given to Ethereum. In the last December’s ranking, after a delay in Ethereum Hard Fork by its developers until 2019, Ethereum maintained its place.
Fork or branch in cryptocurrencies is a kind of software update. When the protocol of a cryptocurrency or code is updated, then fork has taken place. Fork creates a different version of the cryptocurrency Blockchain, and both Blockchains are allowed to be executed simultaneously in different parts of the network.
Moreover, Bitcoin cryptocurrency, which was on the eighteenth place in 2018 ranking, has climbed three places, and now stands in the fifteenth place.
Recently-published news indicates that Ripple cryptocurrency (XRP), which is in the twentieth place of this index, with the cooperation of the Chinhoyi University of Technology, an important Chinese research university, has started a Blockchain research scholarship. It is stated in this report that the company Ripple cooperates with active and cutting edge universities in the area of academic research studies in the field of Blockchain technology, and its objective is to support and back the educational space in the field of Blockchain technology and encryption.
In June 2018, Ripple introduced this project and reported that to teach Blockchain technology, it has invested more than $50 million in 17 universities from all over the world. Also, Ripple said that this program intends to attract and support the best graduates in China in 2019 to study the global regulation of Blockchain and its development. The participants of this research study will officially have access to the advanced science of Blockchain technology, and they will be able to partake in commercial events and visits.
Chinhoyi University, located in Beijing, China, is one of the C9 League universities. It is often among the top two universities of China in most of the national and international rankings.
Stellar cryptocurrency, too, is in the eleventh place in this ranking.