In many cryptocurrencies, like Bitcoin, the miner that finds the answer of the difficult problem sooner will be able to confirm the transaction and receive the award and transaction fee. In this model, the miner with more processing... 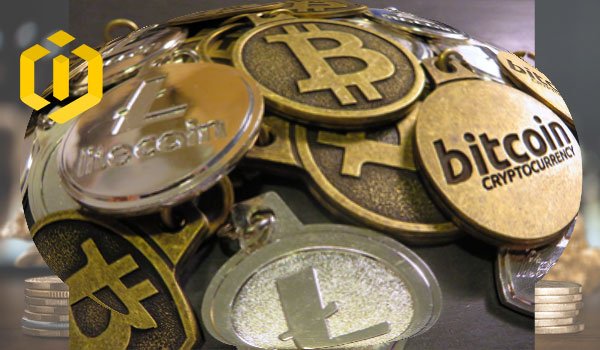 In many cryptocurrencies, like Bitcoin, the miner that finds the answer of the difficult problem sooner will be able to confirm the transaction and receive the award and transaction fee. In this model, the miner with more processing ability will have more chance in finding the answer to the difficult problem. This model is usually called Proof-of-Work (PoW). In the PoW model the miner who has at least 51 percent of the computing power will be able to manipulate the Blockchain; so it is called the 51-percent attack. If a number of miners exit such a network, the remaining miners will have a better chance of obtaining 51 percent of the computing power, and thus the network will be more vulnerable against 51-percent attacks.
On the other hand, as time passes, the reward will be eliminated, and only the fee will be given to the miner as profit; this will make mining uneconomical, and many miners will exit as a result. To combat this vulnerability, another model called Proof-of-Stake (PoS) has been offered. This model is used in cryptocurrencies such as Peercoin. In this model, the miner’s chance to confirm transactions and receive its profit is equal to the amount of cryptocurrencies he has. In this model, too, the miner who has 51 percent of the cryptocurrencies will be able to manipulate the Blockchain, but gathering such percentage is very difficult, and on the other hand, if such an attack takes place, the validity of the cryptocurrency gets damaged and effectively lowers the value of the attacker’s assets. This acts as a deterrent factor in such attacks in the PoS model.
Considering the comparison that was just made, the PoS model is more vulnerable against the Fake Stake attacks. In this attack, with whatever amount of cryptocurrency, filling the victim’s memory through sending fake information, the attacker makes his system crashed. As a result, competitors will be out of the competition, and the chance of mining will be more for those who remain. Eliminating competitors will increase the chance of 51-percent attacks.
Recently, The Decentralized Systems Lab at the University of Illinois announced in a research report that 25 of the current common cryptocurrencies are vulnerable against fake stake attacks. According to what has been said in this report, all the vulnerable networks use the source code of Bitcoin as the basis of their network and have replaced PoW with PoS. The main reason for this vulnerability is the lack of credit scoring suitable for data before allocating system resources such as memory.
In October, this lab’s researchers attempted to contact vulnerable cryptocurrencies, but it was not possible about some of them. Some of the vulnerable cryptocurrencies provided ways to make these attacks more difficult, but according to researchers, it is not a proper alternate for data credit scoring.
By the time of publishing this news, Quantum, Emercoin, Particl, and Nav Coin cryptocurrencies resolved the mentioned vulnerability.

Send Crypto Like a Pro with Counos Web Wallet