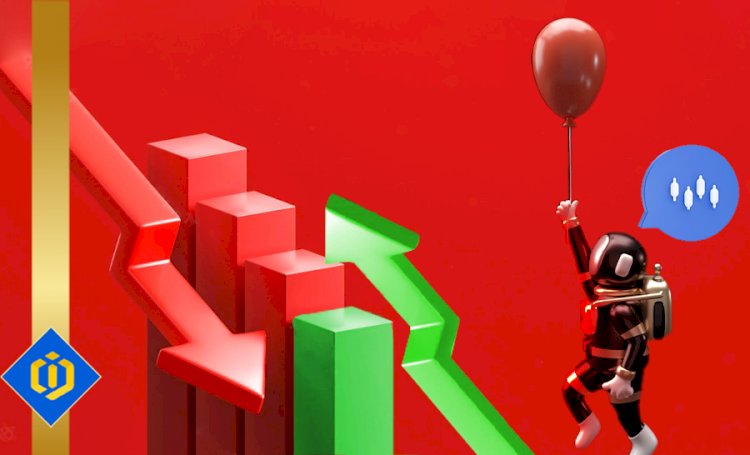 We can see an asset suddenly going high for no apparent reason. And of course the other side is just as true. An asset can crash all the way to the ground overnight again apparently for no reason.

What are the reasons for these extreme price volatilities in the crypto market?

Puya Chamer, the founder and CEO of Counos platform has published an article in this regard. The following is an excerpt from this article.

A major contributing factor to all the market manipulations that take place has to do with the lack of real decentralization of assets.

Unlike what most digital currencies purport to be, their networks are not truly decentralized. Let’s take into account a cryptocurrency that came to be with the promise of being decentralized – Bitcoin.

First, let’s consider node distribution, 50 percent of all the nodes in the network of Bitcoin are from only 3 countries, pointing to a heavy centralization of the nodes in the network. Furthermore, 75 percent of all the nodes are in only 10 countries. The same is true for the distribution of miners and even mining pools. We can see serious centralization with regard to countries where miners are located in and the case of mining pools, where the real block creation of the network takes place, the four biggest BTC mining pools in the world hold about 60 percent of the entire Bitcoin network.

But the real issue has to do with the ownership of the asset itself. This is where the true meaning of decentralization must be found. If the majority of an asset is held by a small group of people, can it really be considered decentralized?

When it comes to the distribution of Bitcoin itself, the people of US, Romania, Czech Republic, China, Spain, Poland, Turkey, Japan, Switzerland, and South Korea have the most amount of Bitcoin. Those who store a great amount of Bitcoin are referred to as Bitcoin whales, and these whales can affect the prices in the market and change them in their own favor. One of the worst things that these whales do is to pump and dump the price. Simply put, pump and dump means increasing the prices artificially and then after traders are attracted to the market, whales would rush in and sell the coins with a high price and then leave. This will result in serious loss to all buyers and serious benefit for the whales.

By reviewing the Bitcoin addresses and the amount of Bitcoin they hold, we can get to some interesting results.

This huge centralization of power in the form of assets owned, does not bode well for the real users in the market. And unfortunately, Bitcoin is only an example, similar cases are numerous in the crypto market, from all the major coins to lesser known ones.

Limitations of the Crypto Market

The extreme fluctuations in the prices of digital currencies can be explained by the fact that the market is a limited market. Where there should be real decentralization, we can clearly see heavy centralization.

The fact that decentralization is not real means that most assets are being held by a limited group of people. They hold on to massive amounts of digital currencies.

This small group of people holding on to most assets are in fact the big players in the market who are behind the most well-known and major cryptocurrency exchanges in the world. They dominate the market based on the various digital currency pairs that they have created. And with the help of the bots, they can easily fluctuate prices.

How exactly? By pumping and then dumping the assets they own.

This limited group has vastly extensive information about the market, since they control the majority of the assets, so by looking at whether an asset is closed long or closed short, they can see which side is weightier. Then they will pump that side.

Through this pumping they will influence the market and are able to liquidate investors’ money easily.

However, there is a crucial nuance here. They do not pay the same amount back to the bank. Not at all. They sold at a much higher price, and when the prices come down the sale volume will be lower for them. This is how they can hold on to most of the money.

So, what happens to the market in this situation?

Assets have been taken out of the market and will never return to be circulated. This is one of the main reason the market crashes. Because new money does not enter the market.

Those who want to sell, they bring the prices down so that others won’t sell. And the next step is to make the prices go lower, so new investors can enter the market.

All this pumping and dumping is not the end. This group of people also influence the market so heavily that they cause fluctuations in the prices all the way from 10 to even 40 percent.

What does this all mean for the real users?

Their money, their life savings, will eventually be liquidated through all this price manipulation by a small group of people.

Stablecoins and Brilliant Future of their Developing Companies