Bluewallet; A Wallet for Bitcoin Lightning Payments from iPhone

Lightning Network is a layer that is implemented on Bitcoin Blockchain protocol. This network along with SegWit, which is one of the most important updates of Bitcoin, is known as one of the major reasons for the reduction of Bitcoin transaction fees. This app was released in early December 2018. Bluewallet is the first open source Bitcoin wallet for iOS that supports 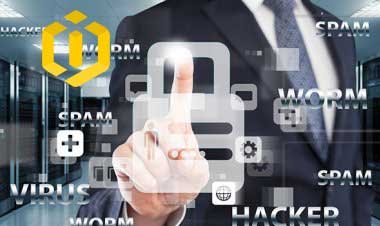 Bluewallet, a tool for Bitcoin lightning payments, will be available for both Android and iOS devices from now on. Bluewallet is the first Lightning Network (LN) tool to perform very cheap and super quick transactions.

Bluewallet app supports the Lightning Network. Igor Korsakov, Bluewallet developer, in a post published on December 19, announced that the Lightning Network undertakes low fees and instant payments.
There are many Bitcoin wallet apps for iOS, all of which have pros and cons. Simplicity, ease-of-use, and security are the factors that should be taken into account in this regard. Bluewallet app is one of the best options for iOS though this app does not have many features for iOS.

Blockchain or a chain of blocks is an encrypted data structure

Lightning Network is a layer that is implemented on Bitcoin Blockchain protocol. This network along with SegWit, which is one of the most important updates of Bitcoin, is known as one of the major reasons for the reduction of Bitcoin transaction fees.
This app was released in early December 2018. Bluewallet is the first open source Bitcoin wallet for iOS that supports the Lightning Network. It is the first application that enables you to:
•    Change your LN wallet with an on-chain transaction without the need to close or reopen a new one.
•    Backup your LN wallet via QR code or a URL.
•    Use the same LN wallet on many devices.
It should also be mentioned that when you control the Bitcoin wallet private keys, the LN part is guarded by default running of Bluewallet LNHUB+LND. However, if you already have your own LND node, you can run LNHUB software, which is an open-source app, by entering your URL in the Lightning wallet settings.

Bluewallet Simplicity Is One of Its Salient Features

Setting up in Bluewallet takes less than 20 seconds, and you have a choice between an HD, hierarchical deterministic, wallet or SegWit, one of the most important updates of Bitcoin. You have an option to encrypt your wallet’s private keys with a unique password.
You also have a smart feature against $5 enticing attacks called “Plausible Deniability.”
In the next step, you’ll need some coins to work with. Fill your Bluewallet by sending an on-chain transaction with some Bitcoins from another wallet. If you don’t have any Bitcoins, you can buy some through the available features in the app. Bluewallet also lets you set a custom transaction fee when sending Bitcoin. Replace-by-fee is another useful feature of this app. If you have set a fee that is too low, you can choose a higher fee and speed up the transaction.

But What Are the Shortcomings of Bluewallet?

There are some shortcomings in Bluewallet which we hope will be compensated in the future.
For example, currently, the biggest problem of this wallet is that it’s unable to receive LN payments and then return them from LN wallet to Bitcoin wallet. So, the only way for you to check your LN wallet balance is through a simple addition; but currently, you are not able to return wrong payments to your on-chain Bitcoin wallet. Another shortcoming of this app is the lack of face recognition PIN or code.

American Economy Association in Relation with Encryption and Blockchain