Cryptocurrencies have gone through a path full of ups and downs. They have been treated in a different way in different parts of the world. For example, in Asia, South Korea and Japan showed... 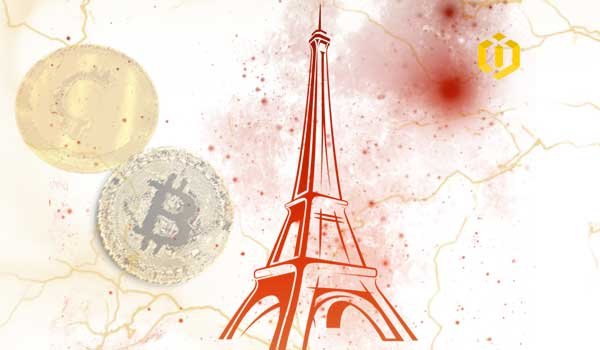 Cryptocurrencies have gone through a path full of ups and downs. They have been treated in a different way in different parts of the world. For example, in Asia, South Korea and Japan showed enthusiasm toward cryptocurrencies and became pioneers in accepting them. The U.S. is analyzing the situation and is trying to implement cryptocurrencies in a legal and widespread manner. Africans in countries such as Nigeria, Kenya, and South Africa have had positive reactions toward cryptocurrencies. However, what about Europe? The reaction of Europe has not been as much clear, and there have been conflicting opinions about these new technologies coming from this green continent. Switzerland has taken positive measures in implementing cryptocurrencies, but it seems that this safe and quiet country is too mild to be the center of a revolution in the field of cryptocurrencies.

Much like England, there are different programs for introducing and raising awareness about cryptocurrencies in France. The issue of cryptocurrencies in England and especially London is of high interest. The series of events that are held in these European countries are accompanied by the influencers and important figures in the crypto field in a way that prominent figures in this field are invited to talk about their professional experiences and provide the public with information.

The Aim of Cryptocurrency Events in Paris

The series of measures taken to raise public awareness about cryptocurrencies in Paris are not solely for the general public, and in fact, the aim of holding these events is to attract the attention of companies, institutes, education centers, and of course legislators toward cryptocurrencies and Blockchain. There is no escaping cryptocurrencies, and for this reason, sooner or later all countries and governments will give special attention to them.

The Development of Cryptocurrencies in the World

New currency technologies bring with them a lot of opportunities, but from the other hand are the causes of many scams (websites and financial exploitation infrastructure from users and fraud) and price bubbles. In any case, any new phenomenon and tool has along with it issues and positive and negative events. Cryptocurrencies are no exception. The acceptance of cryptocurrencies from important European cities such as London and Paris leads to their move in the evolutionary cycle being faster and more widespread.

What is Counos U and Its Application?

According to Reports, The Blockchain Startup ConsenSys Seeks out $200 Million from...

Will Cryptocurrencies Remain in Eternal Winter to Their...

Stablecoins and Brilliant Future of their Developing Companies

Despite all difficulties cryptocurrencies have confronted in the fast few months,...

AUSD Stablecoin has lost its fiat peg by over 99 percent in a few days. Only about...

It is a long time having been heard some news about generating and publishing Facebook...

The CEO of AMC Theatres has announced that customers can now order tickets on the...

According to ZDNet and based on what Troy Mursch, Bad Packets LLC Cybersecurity...

Ripple has attributed the growth in sales to the increasing adoption of its ODL...