What are stablecoins? And more importantly, how do they ensure price stability? Find out more in this article. 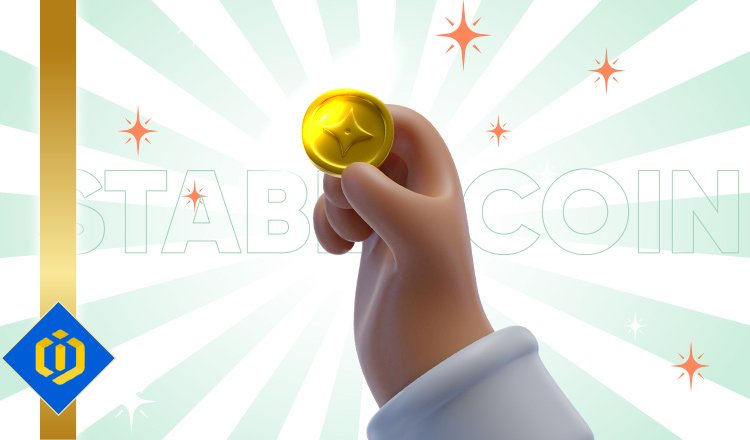 In simple terms, a stablecoin is a cryptocurrency with a fixed price and value. In order to keep a stable value, stablecoins use a variety of different methods.

Stablecoins have been specially designed to keep a steady and stable price, much like traditional currencies, or fiat currencies; with added advantages such as speed, high security, and low cost of maintenance and transactions.

The initial idea behind the design and development of such digital currencies was to combat the price volatility that is seen in cryptocurrencies.

There are four main types of stablecoins: fiat-backed, asset-backed, crypto-backed, and algorithmic. We’ll discuss them one by one.

As the name suggest, fiat-backed stablecoin use fiat currency to ensure their price stability. In this type of stablecoin, on a one to one basis, fiat currency is stored for each coin in order to keep prices stable.

Perhaps the most well-known stablecoin is Tether, which is backed by U.S. dollar, as previously mentioned, on a one to one basis. So, each Tether is more or less equal to one U.S. dollar.

With a market share of more than $60 billion, Tether is by far the leading stablecoin in the crypto market.

However, not all fiat-backed stablecoins have been designed on a one to one basis. For instance, Counos U has been designed in a way so that each Counos U coin will be equal to 100 U.S. dollars.

These stablecoins are very much similar to the ones above, except with the difference that they are backed by assets instead of fiat money.

The asset used in order to back the stablecoin could range from traditional valuable goods such as precious metals like gold, silver, etc., to other tangible commodities, such as bonds, and even real estate.

The interest in this type of stablecoin is on the rise. Since, with the help of these coins, a concrete, tangible, real-world asset could be tied to a coin that can itself be carried around and transferred as easily as the push of a button.

As such, the cryptocurrencies are locked into a smart contract, and in case he value of the crypto dips too much below a certain point, they can be liquidated instantly.

However, since liquidation can take place suddenly, the system needs to be able to handle a high volume of users and transactions.

For instance, during the so called “black swan” event that took place on March 12, 2020, Ethereum lost more than half of its value in less than 24 hours. As such, the crypto-backed coins that implemented Eth, rushed to liquidate, making a lot of systems to crash due to the abundance of users and the volume of transactions.

But that was a good learning opportunity, and ever since, crypto-backed systems have made a lot of changes in order to accommodate high volumes of transactions.

Perhaps this type is the most complex version of stablecoins. Since, no asset or collateral is used to back the coin. Instead, as the name suggest, a certain, specialized algorithm is used to maintain the price of stablecoin.

Algorithms and smart contracts are implemented to keep the price of the coin as stable as possible via an increase or decrease in the supply of the stablecoin. As such, market forces are used to keep the value stable.

Stablecoins on the Rise

It used to be that most stablecoins were highly centralized. For instance, asset-backed ones could potentially be subject to audits. A trait that is not really considered desirable in the Blockchain world.

However, with the advent of more technologically complex and innovative stablecoins, such as algorithmic coins, the interest in these cryptocurrencies with stable prices is on the rise.

And no wonder. Who wouldn’t want all the advantages that a cryptocurrency offers in addition to price and value stability?