We are living in a digital world. Everything around us is constantly changing, and Blockchain technology can be considered as one of the biggest changes that is currently taking place in the... 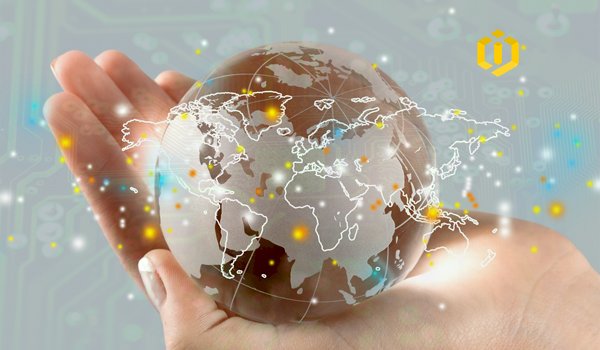 We are living in a digital world. Everything around us is constantly changing, and Blockchain technology can be considered as one of the biggest changes that is currently taking place in the world. Blockchain is a vast platform to establish peer-to-peer communications among different people in different parts of the world. In fact, with this infrastructure, we are faced with a database that is shared among different computers. There is no centralized surveillance from a foundation or person on this network. Yet, the security and transparency of its structure is why hackers can wander around in it. Various security algorithms of Blockchain make all financial and non-financial transactions completely transparent, secure, and irreversible.

The POW (proof-of-work) algorithm is the first security algorithm that was developed for the Blockchain system. This algorithm is one of the most necessary parts of the cryptocurrency mining process meaning that through this algorithm, miners can confirm blocks or that registered information on the Blockchain network and by decrypting the encryption of transaction gain their rewards. Miners, in competition with one another, attempt to decrypt the transactions in the network and thus gain their reward or certain amounts of cryptocurrencies. Not all miners can go through the POW algorithm and cannot properly decrypt the transaction that have taken place. As a result, the security of the Blockchain network is mostly provided, and the possibility of hacker attacks decreases. In fact, in order to confirm each transaction, you have to decrypt them and in return for this confirmation and decryption gain a certain amount of cryptocurrencies. This process is called the POW algorithm.

Another algorithm that provides the function clarity, transparency, and security of the Blockchain network is the “POS algorithm.” POS is short of proof-of-stake. The mentioned algorithm was created as a replacement for the POW algorithm, and through it, unlike the previous algorithm, there is no need to decrypt transactions and mine cryptocurrencies. Sometimes, people do not appear as miners but as the creators of the blocks in the Blockchain. In other words, they have registered a group of data in the Blockchain database. In this situation, according to the POS security algorithm, they need to offer assets through which they’d show their good intention of working in the Blockchain. Putting down assets as assurance for the health and validity of activities in the Blockchain is what POS is about and via this algorithm the possibility of malicious acts by frauds, scammers, and hackers in the network decreases.

The existence of consensus algorithms in the Blockchain network leads to more security and transparency in people’s transactions in this platform. In addition to all of these, Blockchain technology includes different very complex mathematical algorithms to ensure network security. On the other hand, the lack of management centralization in the Blockchain infrastructure and distribution of payment information or transferring data among users has given such transparency to the Blockchain ecosystem that currently there is no other rival for it.

Why Hasn’t the U.S. Undertaken the Leadership of Cryptocurrencies...