As many experts and professionals in cryptocurrencies believe, this new technology can be an influential strategy to bypass sanctions the countries like Iran and Russia are experiencing. Russian media outlet 360 released a report pointing to Alex de Vries who is a senior consultant and Blockchain specialist at PwC who believes that bypassing sanctions will not be far-fetching using cryptocurrencies. 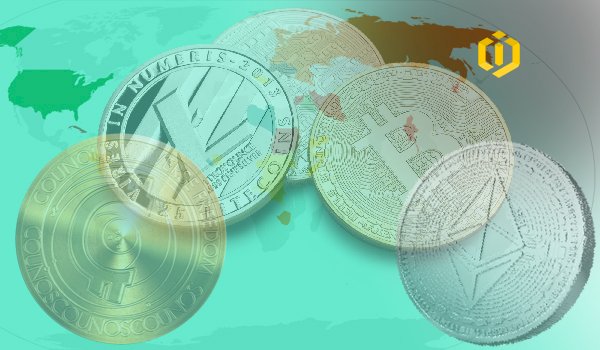 As many experts and professionals in cryptocurrencies believe, this new technology can be an influential strategy to bypass sanctions the countries like Iran and Russia are experiencing. Russian media outlet 360 released a report pointing to Alex de Vries who is a senior consultant and Blockchain specialist at PwC who believes that bypassing sanctions will not be far-fetching using cryptocurrencies. It should be mentioned that according to this report, cryptocurrencies might not be the only and the best solution for the states. Their best performance can be seen for the people and small companies.
It seems that the dominance of a superpower sometimes can degrade the potential features of cryptocurrency. It is proved by the final decision of the principals in Boeing not to cooperate with sanctioned countries like Iran even the medium is planned to be Bitcoin.
It is not something about which you cannot find any historical record, as De Vries spoke about a similar event taking place in Ukraine in 2014 when PayPal prevented transfers to there. The result was limitation in owning cryptocurrency, but PayPal could not do the same about the wallets due to the anonymity of the recipients. So its measures were fruitless.
The other country which has recently entangled in the sanctions imposed by a superpower is Venezuela. Similar operations to develop applying cryptocurrencies wisely in economy can be observed there too. One of them which has been announced through a report was using Bitcoin by the authorities of the country at the airport to combat sanctions.
On the other hand, the miners, which are one of inseparable parts of the world of cryptocurrencies, can be looked upon as the other tool to help them. These countries can make benefit from mining. The good news is that after some suspicious and sometimes negative stance toward cryptocurrencies and its belongings, Mehr news have reported on July 29, that crypto mining is accepted as an industrial activity, albeit under the permission of the Ministry of Industry, Mining and Trade in Iran. It is a hopeful venture in a country which has got involved in sanctions and experienced various economic dilemmas. Moreover, to make up the charges these miners bring about for the country, the government has wanted miners to pay the tax, except when they can make income through exporting mined cryptocurrencies.
In case of needed equipment and suitable climate, it seems that Russia has better condition both in water and reservoirs and having colder weather. Both these factors lead to lower costs in Russia compared to Iran which both suffer from sanctions.

Millions of Dollars’ Worth of Cryptocurrencies Are Being Traded Between China and...

Applications of Cryptocurrency, Many or Few?

Is It Time to Do Away with Doubts and Suspicions about...

Cryptocurrencies and the Lesson Venezuela Gave to the World

Ryan Selkis, CEO of Messari, which works in the field of analyzing and evaluating...

Near Protocol will be the 14th Blockchain network to host Tether, the largest Stablecoin...

According to New York Attorney General’s officer, Bitfinex, one of the largest platforms...

LUNC Most Unprofitable Among top 100

What Is DEX and Why You Should Choose Counos DEX?

Decentralized exchange is a type of cryptocurrency exchange that works in a decentralized...

Iran has lifted the ban on Bitcoin and cryptocurrency as it takes another step towards...