Success in National Cryptocurrency, An Escape from the U.S Sanctions for Iran

Donald Trump, the U.S. president, announced his decision to one-sided withdrawal from JCPOA on May, 8. last year, and his intention was to impose all former suspended sanctions besides some... 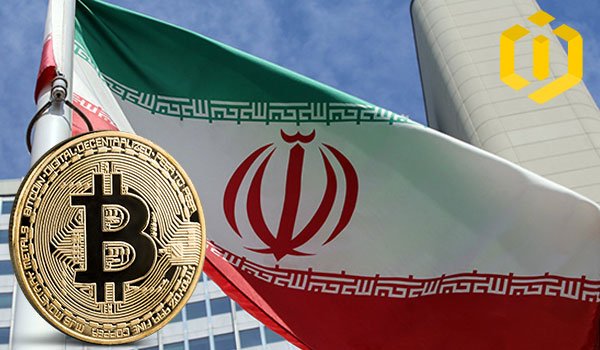 Success in National Cryptocurrency, An Escape from the U.S Sanctions for Iran

Donald Trump, the U.S. president, announced his decision to one-sided withdrawal from JCPOA on May, 8. last year, and his intention was to impose all former suspended sanctions besides some new others during two stages; that is, 90 and 180 days after his withdrawal from JCPOA against Iran. The first stage of the sanctions was activated on August, 4 and the second on November 4.

Following activating sanctions, Iranian authorities attempted to maintain JCPOA without the U.S and with other members of this agreement. Since these sanctions have targeted Iran ailing economy, its authorities asked the European Union to shoulder the responsibility of U.S one-sided withdrawal from JCPOA.
Iranian authorities who hoped EU’s assistance and its promises didn’t reach anything but hopelessness. At first, Europe announced that it would commit to nuclear agreements and find a way to avoid U.S sanctions. EU who sought a way to continue commercial interactions and investment in Iran proposed a €50 million support package €18 million whereof was enacted to support Iran’s social and economic development; although, the U.S and even Iran itself criticized it. After a while, there aroused some news about Europe withdrawal from JCPOA, and some measures were taken against Iranian authorities resident in European countries. It is believed that these events are Europe’s excuses and pretexts to withdraw JCPOA.

Other Solutions and Cryptocurrency

Iran concluding that Europe is not a solution to circumvent the U.S sanctions tried to find a resolution for this dilemma.
In the last November, SWIFT suspended Iranian banks membership and activity except 12 banks on a request by the U.S. Closing Iranian banks accounts in SWIFT, in Belgium, was the strongest hit below the belt for Iran economy. Out-of-SWIFT countries cannot receive or pay money for their exports or imports; hence, they are forced to find an alternative for money transfer. Replacing USD with other currencies was an option for international transactions and nullify sanctions which was left fruitless.

Iran who has done many trial and errors and hit the dead end assumed developing cryptocurrency and joining to Blockchain as another solution to bypass sanctions; however, there were again some dissatisfactions on the part of U.S, and some attempts against Iran accompanied it. Mike Crapo, one of U.S congress republican senators, tried to avoid Iran to continue economic activities and commercial as well as financial transactions with other countries in order to hinder Iran’s circumventing sanctions.
Moreover, Russia has announced that it intended to apply state-backed cryptocurrencies under the name of “CryptoRuble.” It was disclosed later that the Russian Association of Cryptocurrency and Blockchain is to address cooperation with Iran to facilitate financial and commercial transactions to help Iran bypass U.S sanctions.

November, 5. was the second day of the U.S. reimposing sanctions against Iran; Abdolnaser Hemmati, the Governor of the Central Bank of Iran, stated that they are trying to find an alternative to handle the challenge of SWIFT disconnection. Last summer, Iran published the latest details of its cryptocurrency. January 29, this year, the Annual Conference of E-banking and Payment System will be held in Tehran for two days where Iran will unveil its own cryptocurrency.
It is expected for Iran cryptocurrency to be released in stages. First, it will be released as a Rial digital token to facilitate cross-bank payments and for other institutions active in the field of cryptocurrency; then, Iranian people will be able to use it to pay the charges of goods and services.
Although it will not lead to facilitate Iran’s cross-border payments, it can pave the way to join Iran to Blockchain payment international system, which itself can be a replacement for SWIFT.
From the other hand, at ChainPoint 18 conference held on November, 14, in Yerevan Armenia, Iran signed a trilateral cooperation agreement with Russia and Armenia.
Following finalizing this agreement, head of Russian Association of Cryptocurrency and Blockchain said: “to the best of our knowledge, Iran is developing an alternative version of SWIFT.”
Vladimir Putin, Russia president, remarked that Russia with its partner countries is working on a SWIFT replacement; though he kept them anonymous.
From the other hand, the United Arab Emirates and Saudi Arabia, Iran rivals in the region, have recently joined cryptocurrencies. It can be an opportunity for Iran to circumvent sanctions and trade with its partners via cryptoRial.

Will Iran Succeed in Circumventing Sanctions through Its National Cryptocurrency?

Despite all attempts, there are still some suspicious for Iran to be capable of using CryptoRial for its commercial transactions. Some believe that this national cryptocurrency will not stand against U.S sanctions. Furthermore, the U.S ensures that it can boycott all Iran’s transactions; however, other than all these doubts CryptoRial will surely entail some benefits.

Iran had a negative and suspicious look on Blockchain and cryptocurrency industry; but now, after a turn of stance, it attempts to include Blockchain technology in its economy.
In the past April, after the U.S. reimposing sanction, Iran criticized cryptocurrency availability prohibition law, laundering charge, and other illegal activities through issuing a statement. This activity done aiming to avoid capital drop could not prevent Rial drop.
It was in the same month that Iranian authorities announced that the plans regarding state-backed cryptocurrencies are still pursued and they are seeking for creating a legal framework for it. According to the central bank authorities, the announcement of this framework is expected to be at the end of March.

In Spite of Impossibility of Cryptocurrency control, Iran alleges it

Cryptocurrencies, like Bitcoin, are decentralized based on their nature and no government or authority can control them; on the contrary, Iranian authorities announced that the central bank controls its cryptocurrency. This crypto which is founded on Blockchain private infrastructures is not mineable.
Iran is not the first government which attempted to use cryptocurrency to help its ailing economy. Formerly, Venezuela supplied its own cryptocurrency called “Petro” last year supported by oil reserves of the country.

China Joins Other Crypto-Friendly Countries According to a Survey