According to the announced news on February 13, 2019, IBM company stated in the annual conference of technology and business “IBM Think 2019” held in San Francisco, California that... 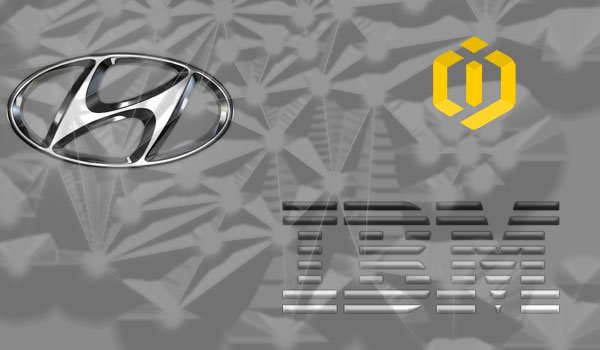 According to the announced news on February 13, 2019, IBM company stated in the annual conference of technology and business “IBM Think 2019” held in San Francisco, California that Hyundai Commercial, a subsidiary company of Hyundai in South Korea, will cooperate with IBM, one of the biggest companies in the field technology, to modernize its business through Blockchain technology.
Hyundai was established in 1946 in South Korea. It annually manufactures 4 million commercial and official cars around the world and has 130,000 employees. Moreover, this country has 11 research and development centers in Korea, China, Japan, Germany, India, and the U.S. Hyundai succeeded in receiving various rewards from different institutions like JD POWER and the U.S. Insurance Institute for Highways Safety (IIHS) in designing, performance and security. IIHS is a finance company which gives services through commercial vehicles and leasing, construction (credit rent) and financial services equipment. Besides, through concentrating on open source Hyperledger Fabric Blockchain technology, this company tries to create a new supply ecosystem chain for Hyundai commercial network. Agencies, distributors, and manufacturers of this company’s cars have access to a common and immediate profile of all Blockchain transactions, so its data will be guarded securely and distributed effectively. Hyundai applies technologies completed manually to increase its productivity during an automotive action.
Also, Hyundai card finance subsidiary company cooperates with IBM to deploy its machinery technology and create artificial intelligence-based chatbot for customer services.
IBM is composed of five companies which are active in manufacturing and selling hardware and software, macro-infrastructures, consultation in the field of mainframe computers and Nanotechnology.
According to the best companies list selected by Fortune channel in 2011, IBM is the eighteenth largest and seventh profitable American company. It is on the thirty-first level in 2011 ranking of Fortune journal.
IBM’s first famous product is an attendance device known as Punch card.
Based on published reports, IBM company is quickly developing its Blockchain-based services in the field of financial services, supply, government, retail, digital rights management, health, and insurance.
Blockchain has carried out numerous projects recently; some of them are as follows:
•    Combining Blockchain technology and Internet of Things (IoT) to cope with the drought in the state of California.
•    A $700 million contract of this company with one of the biggest European banks, Banco Santander group, in Spain, the purpose of this contract was to accelerate Blockchain technology exploitation in this bank.
Cointelegraph has announced in one of its latest reports that Chang Di San, Hyundai Group and Hyundai motors CEO’ nephew had established HDAC Blockchain-based internet of things platform in Korea. Moreover, it has created Hyundai-DAC token in addition to establishing a subsidiary related to Blockchain and HyundaiPay Fintech.
Cointelegraph has newly said in a statement that Hyundai Pay has signed a Memorandum of Understanding (MoU) to develop Fintech startups in Busan, the second crowded city in South Korea.

Buy Pizza with Bitcoin in the New Lightning Application!

CFTC’s Plan to compile the People’s Comments to Better...

Amazon and Ripple Approached Each Other One Step Closer