The Chinese Are Worried about Facebook’s Cryptocurrency

Facebook’s cryptocurrency has led to a lot of concern among banks, states, and investors. This new phenomenon with the uncertain features it currently has, will be a serious threat for actual currencies and the actors in the different markets of industry and business. 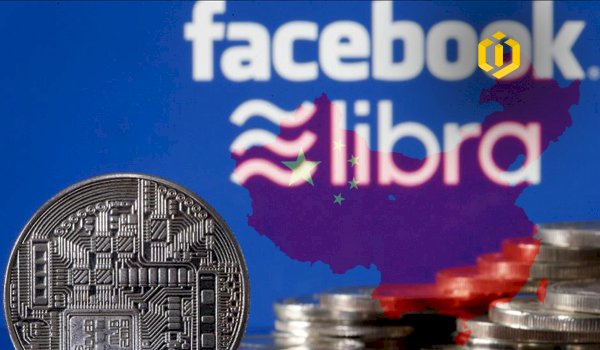 The Chinese Are Worried about Facebook’s Cryptocurrency

Facebook’s cryptocurrency has led to a lot of concern among banks, states, and investors. This new phenomenon with the uncertain features it currently has, will be a serious threat for actual currencies and the actors in the different markets of industry and business. If this cryptocurrency gets the world’s transactions and financial communications under its control, then it will have really tangible and certain effects on international monetary policies. The central Bank of China is among the first organizations that has expressed its concern about this matter.

Facebook’s cryptocurrency that is in fact a stablecoin and is set to be backed by actual currencies like U.S. dollar, will be used widely in cross-border and international payments. If this practice becomes prevalent, Libra can affect world’s monetary policies and this will not be acceptable for the Chinese. The importance and sensitivity of the matter of payment and financial affairs in the world are no less than those of matters related to the field of military. And thus, the Chinese are really concerned about the presence of Libra.

China Will Not Stand Idly By

As the role of Libra in the world becomes more important, dollar and U.S. will still remain in power. Since one of the actual currencies with which this cryptocurrency will be backed by is U.S. dollar. Also, Facebook is an American company and should follow the rules of the government and this country. As a result, U.S. will have an absolute power in the world of cryptocurrencies. Surely, China will not stand idly by. Other countries like Japan also have some concerns in this field. Even the government of U.S. is scared about Libra finding too much power. Given its access to the huge database of users and as Libra gain power on an international scale, Facebook can turn into a superpower that affects the monetary and financial policies of different countries. The collaboration of large companies in the field of payment like PayPal and VISA with Facebook can make this tech giant even more powerful. Such a thing surely calls for concern.

Reportedly, Libra will be backed by a number of actual currencies. But the fact of the matter is that U.S. dollar will be its main back-up. This means the constant supremacy of U.S. in world economy. Cryptocurrencies have not yet reached their full growth and maturation. In fact, they are on their path of evolutionary cycle. Given all these, any actor who enters the growth path of cryptocurrencies and takes responsibility for the management and control of this move, will be able to heavily affect this evolutionary cycle. It seems that Libra, with all the capacities and features that it has, will be among those actors in the world of cryptocurrencies that have great impacts on this market and on the world. U.S. and Canada are among the countries in the world that did not have a negative stance regarding cryptocurrencies from the beginning of their advent to the world and thusly showed the ever opportunism of North America.

Do Regulators of the World Reconcile with Bitcoin?

The Attempt of Startups to Use Cryptocurrencies in Different Payments

What Do Stablecoins Do in the Crypto World?

Facebook’s Libra; a New Cryptocurrency or a New Digital...

Millions of Dollars’ Worth of Cryptocurrencies Are Being...

Will Japan Launch a SWIFT for the Cryptocurrencies?