Ten years before, on June 3rd, the first Bitcoin was created on Blockchain basis. It is one of the cryptocurrency types on Blockchain platform, and Blockchain, itself, is an encrypted database to do... 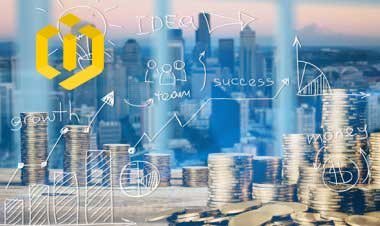 Ten years before, on June 3rd, the first Bitcoin was created on Blockchain basis.
It is one of the cryptocurrency types on Blockchain platform, and Blockchain, itself, is an encrypted database to do transactions.
The first Bitcoin Block technically known as Genesis Block is a unique block in Bitcoin; since there has been no blockchain before it and no block has been referred to, before. Moreover, its information has hardly been accommodated in its network software, and it makes all necessary variables to create blockchain series.
While Bitcoin theoretical foundations were established through publishing Bitcoin whitepapers on October, 31. 09, the first global practical cryptocurrency implementation and research on a hidden and peer-to-peer security system have been announced to do the transaction via cryptocurrency. As the Bitcoin Block Explorer data show, block zero (which is considered block one in many blockchain versions), was mined on June, 3. 09 at 1:15:05 P.M EST with an award of 50 Bitcoins. Today the value of this reward is worth $191.350; however, it wasn’t so valuable that time. The first transactional price registered for Bitcoin was valued $0.003 on March,17, 10 on bitcoinmarket.com transaction platform (which doesn’t exist today).
Cryptocurrency creator is still unknown and recognized as Satoshi Nakamoto. Coinbase 16 of Genesis Coinbase Block was put as an encrypted heading on The Times on June, 3. 09 and through referring to the government grant to British banks. When it was decoded, it pointed to political and economic content which published the motivation for coin creation. The decoded text was the following:
“The Times 03/Jan/2009 Chancellor on the brink of the second bailout for banks.”
This message proposes January, 3, 09 as the start of an attempt to resave banks.
It was the summit of the global financial crisis when many financial institutions such as those located in the United States and Europe were under financial support to evade bankruptcy.
One of the other hard times in the economy was when high amounts of the loan were given to the people a dramatic number of whom could not afford to pay their debts. It was followed by the gradual bankruptcy of great banks, and in this way, the global financial crisis occurred.
The other consequence was Lehman Brothers (the fourth investment bank in the United States) bankruptcy in fall 2008 because of the United States interventions, economic turmoil, and the global economic crisis. In the meantime, Nakamoto’s innovation suggested a cryptocurrency out of the United States control and without intermediary and value store as a salient replacement for the turbulent financial system of that time.
After ten years, the cryptocurrency founder is still unknown. Both communities of digital currency and non-digital currency started Nakamoto’s identification, and each time hunches in Nakamoto recognition has doomed to fail. Some believe that Nakamoto is not a person, but some persons.
Currently, Bitcoin is exchanged to the value of $3.831 which is 127.699.900% higher than its first registered exchange value.