DeFi, or decentralized finance, can be vulnerable to cyber attacks? What are the reasons and how can safety be assured? 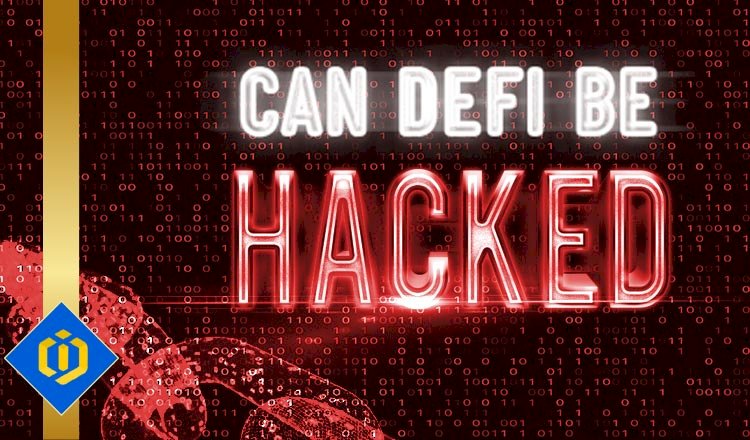 Decentralized finance, or shortly known as DeFi, is a new area of Blockchain-backed financial venue, in which instead of centralized authorities, the fundamental controlling idea is decentralization.

So in a DeFi-run economy, financial affairs are run in a decentralized manner with the help of the Blockchain technology. But of course, there is the issue of safety. Is DeFi safe? Is it vulnerable against hackers and cyber-attacks?

Given the advantages that DeFi offers an otherwise traditional and conventional financial market, decentralized finance is growing faster than anyone could have expected.

The amount of money that is being locked in DeFi used to be a mere 800 million dollars just three year ago. In 2021, it truly broke out and had two major milestones. In the first one, it jumped to 40 billion dollars, and then another huge growth, which brought it to 140 billion dollars. This is just astounding. In few occasions has this been seen in the world of funding and finance.

Because of the huge amount of money that is locked in this domain, it has become a bull’s eye for all the hackers and cyber-criminals.

Recently, a crypto research company looked into the criminal activities involving DeFi. According to their report, since 2019, more than 280 million dollars have been stolen from the domain of DeFi.

Hacking systems that are run based on the Blockchain technology seems rather ideal for hackers. Since these systems basically guarantee anonymity.

There are various reasons behind these cyber-attacks. Among them, we can refer to the issues and negligence that on the part of third parties. This could include the misuse of third party protocols. For example, for purposes other than the ones specified originally for the protocol.

Among other reasons as to why these issues can take place in the DeFi atmosphere are coding issues and developer incompetence.

Simply put, there could be vulnerabilities in protocols that are designed by developers. A simple coding mistake or bug in the protocol and the script could easily lead to a break in by any willing cyber-criminal.

There are various factors that need to be taken into consideration when it comes to decentralized finance. In fact, any decentralized domain that uses the Blockchain technology could be vulnerable to basic Blockchain safety issues.

But, such issues can be circumvented to a great degree by merely taking serious and diligent precautions, including personal safety measures, and improved sense of precision when it comes to coding and developing protocols.

British Prince Among the Cryptocurrency Lovers

China Is a Pioneer in Blockchain Projects